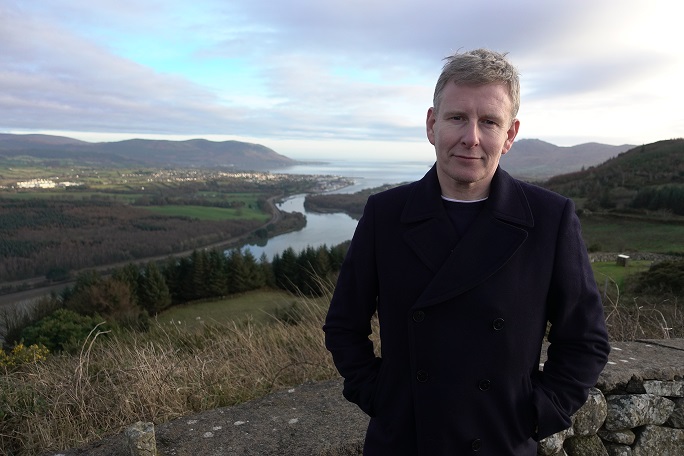 My Dad, The Peace Deal and Me

When Patrick Kielty was 16, his father – Catholic, uninvolved in politics and an easy target – was shot dead by loyalist paramilitaries. Eighteen months later, Kielty went to Belfast to read psychology and, with a passion for stand-up, “tried to find the funny in what we were living through” – essentially forging a comedy career by telling jokes about life in what felt like a warzone.

In My Dad, the Peace Deal and Me, 20 years after the signing of the Good Friday Agreement, Kielty travelled back to Northern Ireland to find out whether the historic peace deal has delivered on its pledge to create a Northern Ireland free of the kind of hatred that resulted in the murder of his father.  He meets those who were involved in committing violence on both sides of the conflict, others who were caught up in the conflict and, finally, young people, Catholics and Protestants attending one of the Province’s integrated schools to find out how they are negotiating their country’s past, present and future. 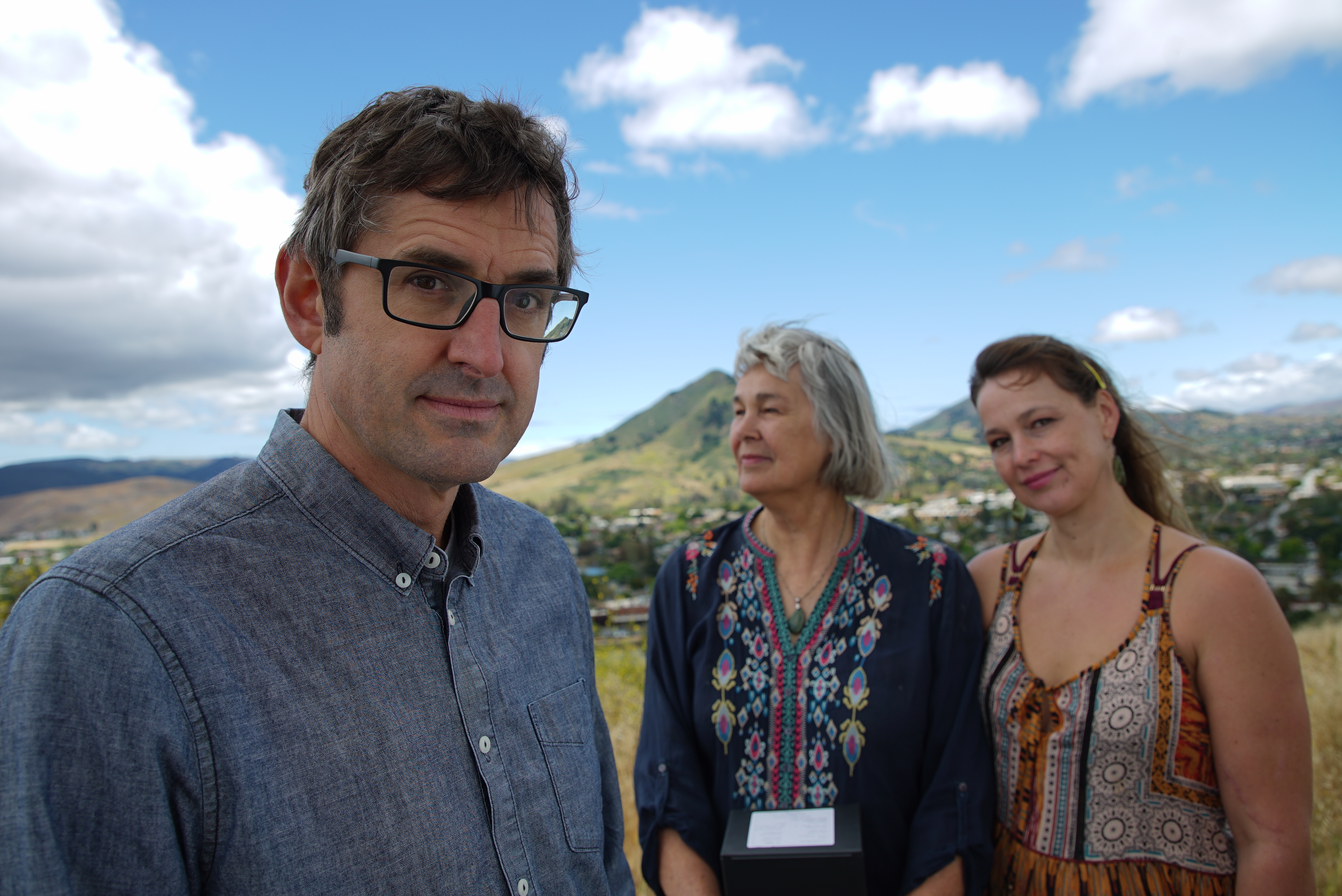 This Louis Theroux documentary, the second of his Altered States series, was praised by the judges for its powerful but compassionate exploration of an emotive and very topical issue: assisted dying.  In ‘Choosing Death’,  Theroux visited California, one of the seven states in the US in which it’s legal for doctors to prescribe life-ending medication to terminally ill patients. There he met people like Gus Thomasson, a retired respiratory therapist with stage four pancreatic cancer who chose to take life-ending drugs and died surrounded by his family. 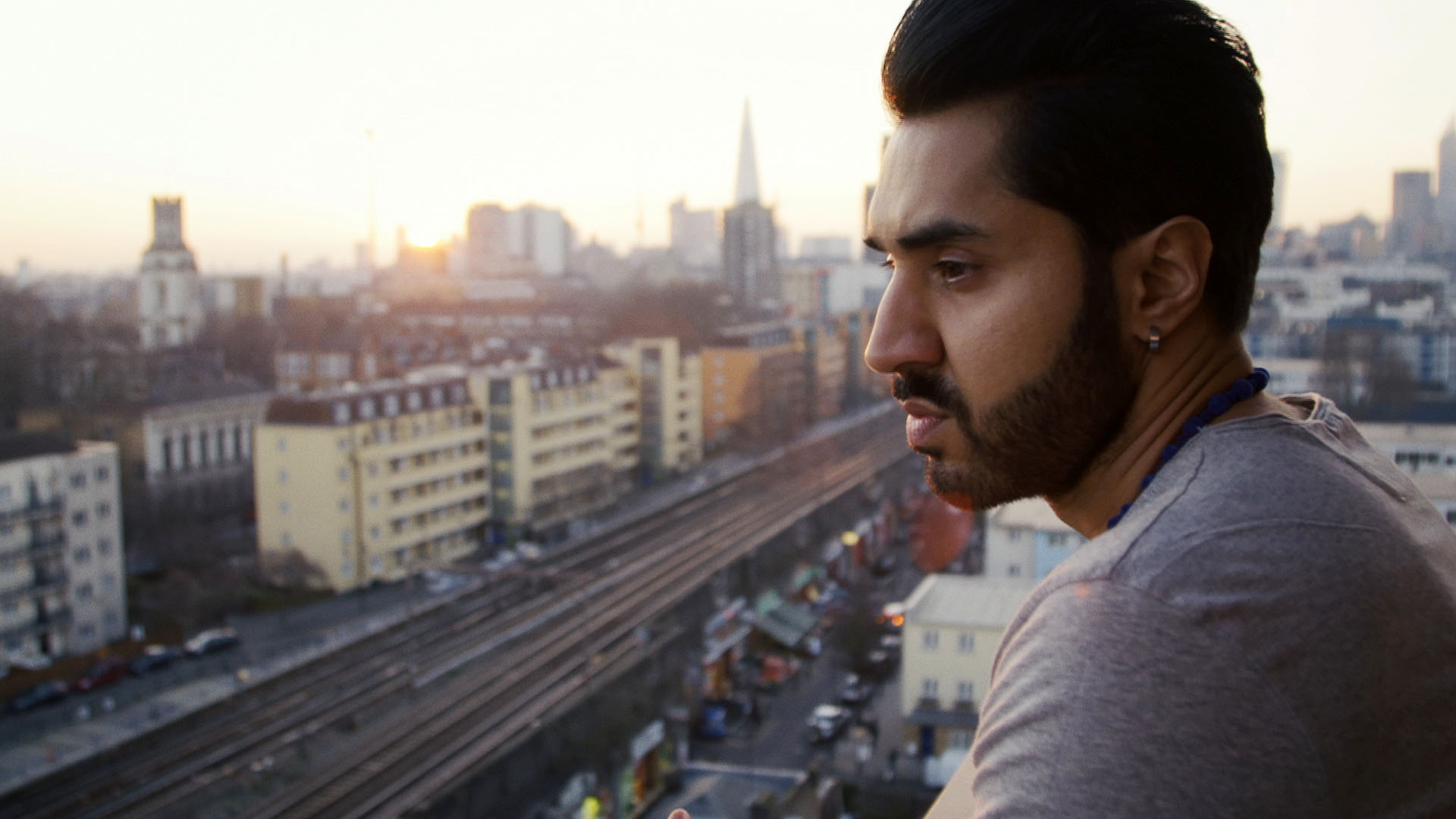 The Dawn of British Jihad

Before 9/11 British Muslims travelled freely to fight Jihad in countries like Afghanistan, Bosnia and Burma for a few weeks or months, and then returned home to their day jobs or studies – no questions asked.  In turn, renowned Islamic militants from overseas freely toured British mosques, spreading the word about the honour of fighting a holy war, recruiting fighters and raising money.

In this programme, presenter Mobeen Azhar delved into the secret history of British Jihad, hearing from those Brits who built bridges with militant groups in South Asia, creating a blueprint for others to copy in the decades that followed, creating a schism between a peaceful pious majority, and those who chose to take up arms. 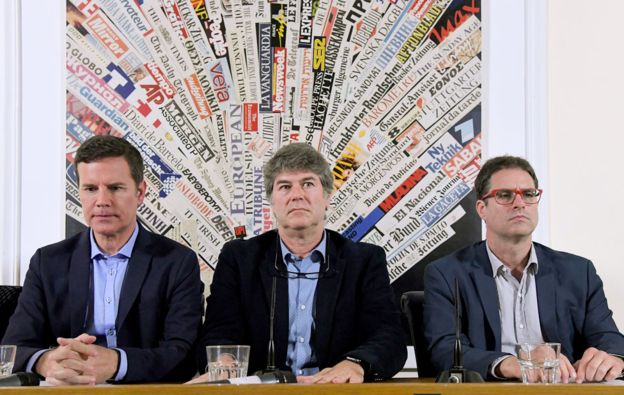 Until May 2019 the Roman Catholic Church had no global policy requiring priests and bishops to report and investigate allegations of sexual abuse.  That Pope Francis has now issued rules aimed at creating worldwide accountability for reporting sexual abuse allegations is in part down to the reporting of a number of high-profile, horrific cases of wrongdoing by the Church’s top leaders.  Cases such as that featured in this installment of Crossing Continents.

After years of multiple allegations of sexual exploitation and cover-up are now being investigated across Chile, more than 100 Catholic clergy are now being investigated over alleged sex crimes and attempts to cover them up.  In this timely documentary, Linda Pressly meets some of the survivors,  whistle-blowers and devout Catholics and asks who is responsible for what happened. 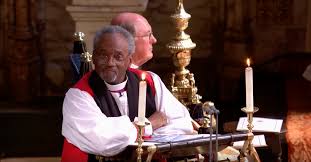 The Most Rev Michael Curry, Presiding Bishop and Primate of The Episcopal Church

This year’s Trustees’ Award is being given to Bishop Michael Curry in recognition of the global impact his sermon at the marriage of Prince Harry and Megan Markle in May 2018.  An estimated 1.9 billion people watched Bishop Michael, the first African American to head The Episcopal Church tell a congregation of royals and celebrities that “love is the way”.

Announcing the award, the Rt Rev Jan McFarlane Chair of the Sandford St Martin Trustees said “One of the indisputable broadcasting highlights of 2018 Royal Wedding was Bishop Curry’s sermon.  His inspirational words were instrumental in shining a spotlight on the central role faith plays in the wider social discourse, not least in the most significant moments of our lives.  At the heart of his sermon, Bishop Curry spoke of love being the most important and powerful force for unity in the world – a message much needed when the social and political divisions in the UK and around the world are being so deeply felt.”

You can watch a video of his sermon here. 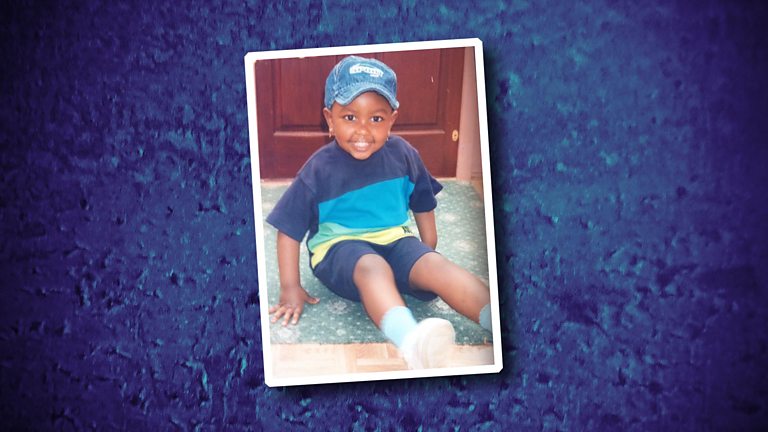 Doorstep Daughter explored what happened and the bonds that were formed when a Muslim family took in the baby of a young Christian couple in their street and helped raise her for several years in the south east England of the 1990s.  This programme explores culture, faith and community through the eyes of the family members involved.

The judges praised this series for the excellence of its storytelling, the insightful and personal interviews and the way the story pulls listeners in, illuminating those things that can bring people from all backgrounds together before a surprise reveal towards the end.

The Silence of the Lamb (Lent Talk)

“As a child I was taught that silence was golden.  On our way to assembly the teachers would make us press our fingers over our lips so only the sound of us padding to the hall could be heard.  The local vicar stood at the front of the class every year at Lent to tell us that Jesus was silent in the face of his accusers.  He would tell us that silence ‘can be more eloquent than a speech and louder than a shout’.”

As someone who witnessed the sexual abuse of her teenage friends in the 1990s, in this short Lent talk for Radio 4, Dr Katie Edwards, director of the Sheffield Institute for Interdisciplinary Biblical Studies, wonders whether she – and her friends – might have spoken out more readily if they had not been taught that silence in the face of suffering is a virtue.

Award judges praised this programme which proved that even the most simple of broadcasting treatments can be highly effective and memorable. 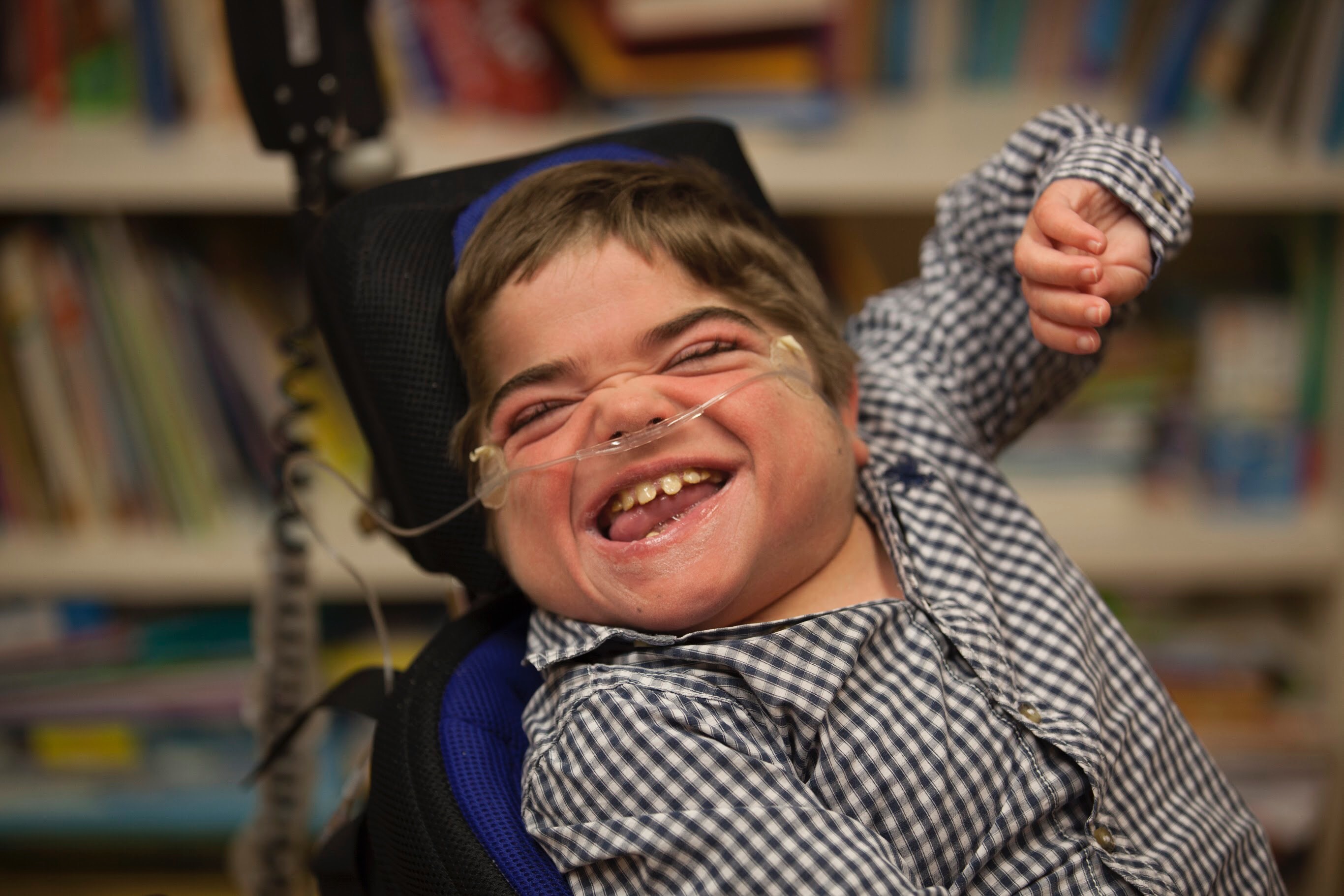 My Life: Locked in Boy

My Life: Locked in Boy tells the remarkable and moving story of Jonathan, a smart, funny 10 year old who, for eight years, was ‘locked in’ his own body unable to speak or communicate – until he learned to spell with his eyes using an alphabet Perspex board, similar to the one Stephen Hawking used when he first lost the ability to speak.  Now Jonathan is on a mission to change the lives of children in a similar position to himself and to give them the voice that he was denied for so long.  In this programme, Jonathan tells the audience in his own words (narrated by his friend Lewis) about his trip to London to lobby the Minister for Education and meeting one of his heroes, the children’s author Michael Morpurgo.

In the words of one of our judges what both this year’s winner and runner up have in common is that they are inspirational examples of children advocating for themselves. 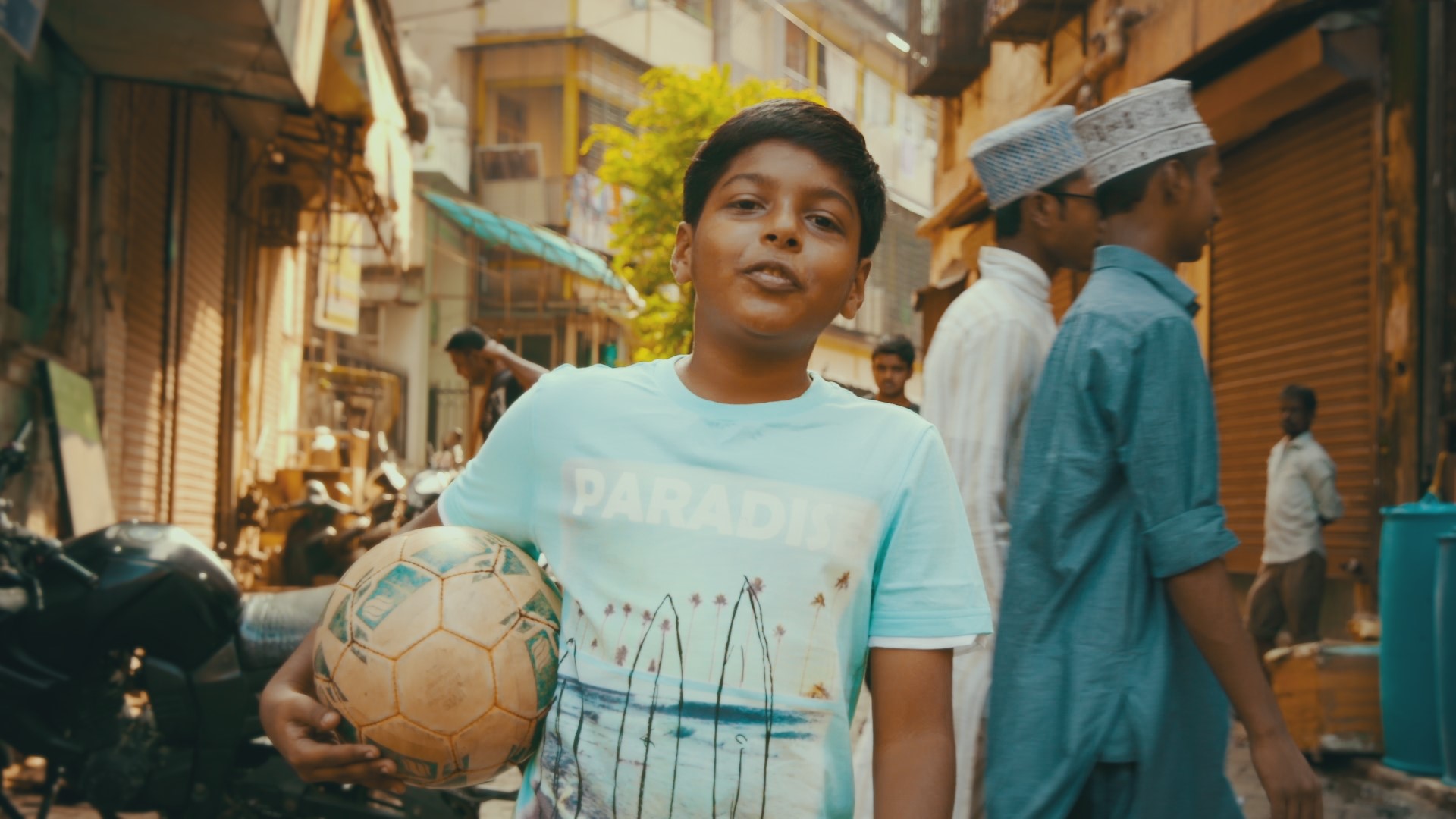 In this engaging programme, fourteen football-crazy boys from the Mumbai slums travel to the UK to play the beautiful game.  Judges praised this programme not least for the enthusiasm and articulate charm of leading team players Faraz, Suchin and Sujal who narrate the programme, introducing audiences to their families and taking them on a tour of their homes before travelling to UK to meet fellow footballers, proving that no matter what our differences, there are great passions that bind us.  Chair of the Children’s Judges, the actor and broadcaster

Mim Shaikh admitted that such is the charisma of the programme’s young stars, he’s worried one of them might eventually usurp him in his presenting career. 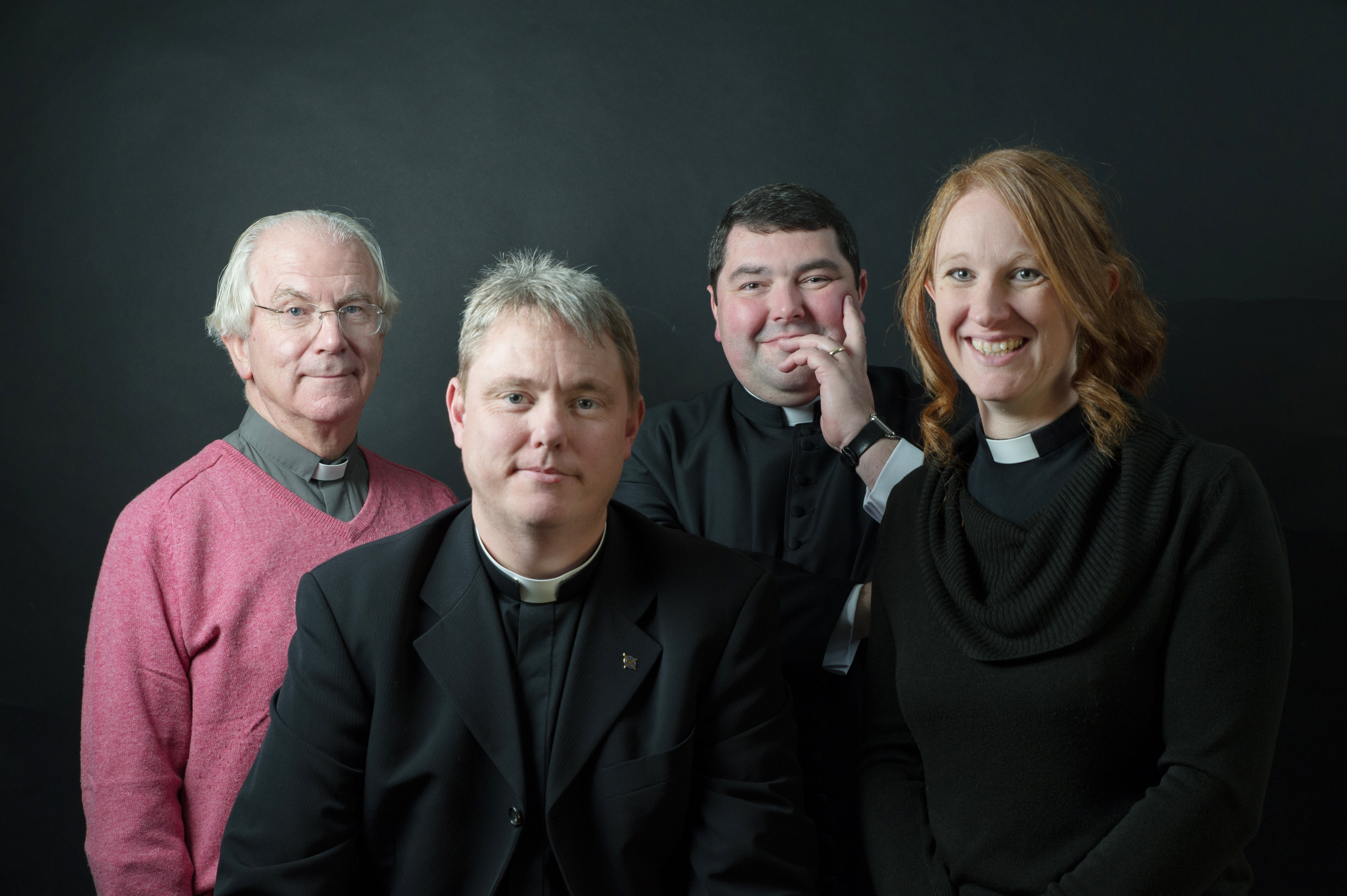 Not long after ‘A Vicar’s Life’ was broadcast, Justin Welby, the Archbishop of Canterbury revealed that he had found his role as a parish priest the most stressful job he had ever done.  Which, when you consider that he’s a former oil industry executive and that the Church of England has faced some of it greatest challenges while he’s been in office, really says something.  It was a role, he said, “for many, quite overwhelming and completely exhausting”.

So perhaps it was the dedication of the vicar’s featured in this gentle series their award-winner that inspired Radio Times Readers to overwhelming choose it as their winner this year.

“It would be all too easy to see the title of BBC2’s six-part obs-doc and imagine a dusty world of bells and smells, of liturgies and lecterns, and conclude that this is not a world that you inhabit. Surplice to requirements, you might say” wrote Mark Braxton in the Radio Times.  “But A Vicar’s Life exists in a very different parish to such speculations, with its thought-provoking reflections on homelessness, poverty, immigration, dementia and loneliness. The producers have been careful not to alienate the casual viewer with canonical procedure and Bible bashing. Instead we see the practical support offered by four members of the clergy in the Diocese of Hereford.”

The Guardian noted that the series asked a pertinent question: “In the face of dwindling faith and ageing congregations, what is today’s role for that stock character, the English country vicar? That’s the poser for this warm-hearted documentary series”.