You are here: Home / Abdul-Rehman Malik 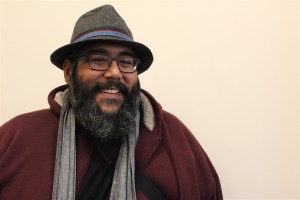 Abdul-Rehman Malik is a London-based journalist, educator, organiser and the Director of the Insight Film Festival that encourages filmmakers to make movies about ‘faith’. Formerly a contributing editor at Q-News, a pioneering Muslim current affairs magazine, he is currently programmes manager for the Radical Middle Way, an organisation that gives young Muslims the inspiration and tools to enable positive social change, promote social justice and combat exclusion and violence. A Canadian by birth, Abdul-Rehman was a columnist on religious affairs for The Toronto Star, from 1998 to 2003. An experienced educator and activist teaching history and dramatic arts, he began working as a freelance journalist attached to the Canadian Broadcasting Corporation (CBC) in 2001 and his radio documentary entitled “Ramadan at Ground Zero” – a look at New York’s Muslim community in the aftermath of 9/11 – was nominated for a prestigious Peabody Award.