You are here: Home / About / Our people / Emyr Afan 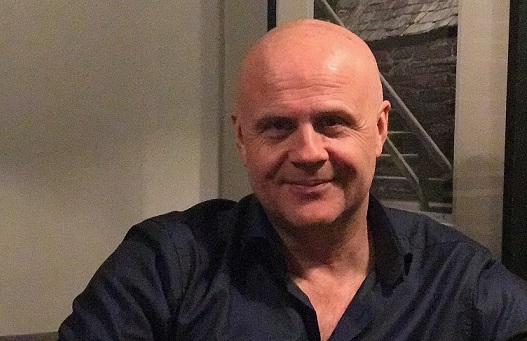 Emyr Afan is a Bafta award-winning TV producer.  In 1995, he co-founded Avanti Media, and as Chief Executive Officer, he has built one of the longest-standing and most successful TV production companies in Wales.  In 2017, alongside partners Nine Lives Media, Avanti won the contract to produce the BBC’s flagship worship programme, Songs of Praise , including landmark TV events such as The Big Sing (Songs of Praise Christmas event) at The Royal Albert Hall.  With over 30 years’ experience in factual and entertainment television, Emyr is an accomplished producer, multi-camera director, and ideas creative.  He has a particular interest in faith-based programming, and for over a decade also produced Dechrau Canu, Dechrau Canmol (Welsh Songs of Praise).

Avanti Media is based in Cardiff, with production offices in London and Manchester.  In 2018 Sky acquired a stake in Avanti Media with a view to developing the business in the UK and internationally.