You are here: Home / About / Our people / Roger Bolton

Trustee and Chair of the Awards Group 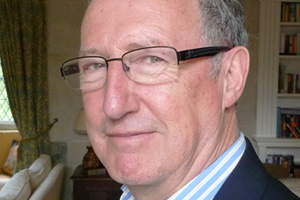 Roger presents ‘Feedback’ for BBC Radio 4 and for over 12 years presented ‘Sunday’, BBC Radio 4’s religious current affairs programme. He also presented Channel 4’s ‘Right To Reply’ for many years. At BBC Television he edited ‘Panorama’, ‘Nationwide’ and ‘Tonight’ before becoming Head of the BBC’s Network Production Centre in Manchester. In 1986 he moved to Thames Television where he edited ‘This Week’ and became Controller of Factual Programmes. In 1992, when Thames lost its franchise, he set up an independent production company which produced ‘Heart of the Matter’ with Joan Bakewell for BBC1.

Roger won a BAFTA for his programme ‘Death on the Rock’ and is a Fellow of the Royal Television Society.