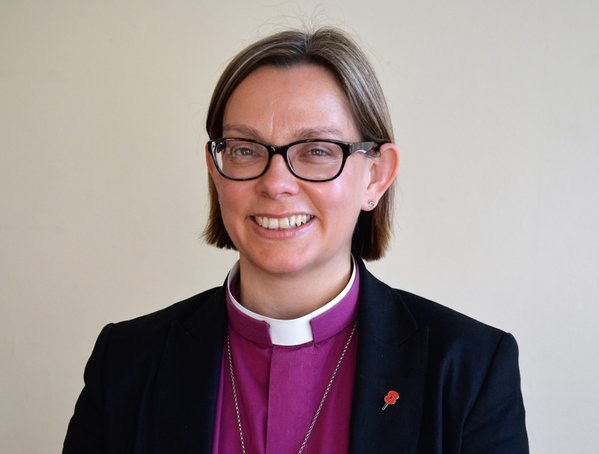 Bishop Helen-Ann was born in Edinburgh on 28th May 1973. She grew up in Sunderland and was educated at the University of St Andrews, Princeton Theological Seminary in the USA and Worcester College, University of Oxford, where she is an Honorary Fellow. Bishop Helen-Ann trained for ordination on the St Albans and Oxford Ministerial Training Course and was ordained deacon in 2005 and priested in 2006. She served her curacy in the Benefice of Wheatley and then in the parish of Littlemore, both in Oxford Diocese.

She was a Lecturer in New Testament at Ripon College Cuddesdon and later Director of Biblical Studies. In 2008 she was appointed as Dean of the College of St John the Evangelist in Auckland, New Zealand. She was elected Bishop of Waikato, also in New Zealand, in 2013 and her consecration was on 22nd February 2014, nearly a year before a woman was first consecrated as a bishop in the Church of England. She has been the Bishop of Ripon in the Diocese of Leeds since 2018. Bishop Helen-Ann is married to Myles, an organist and church musician.