You are here: Home / Can reality TV tell us anything really important? 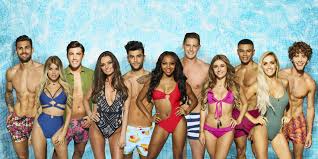 If you were anywhere near either a TV or a teenager last summer you will not have escaped the very modern broadcasting phenomenon that is “Love Island”. ITV’s show – which is essentially a sort of soap-opera meets dating-contest for pneumatically-gifted young people in swimwear – did the seemingly impossible by uniting among its very vocal fans, the ‘yoof’ audience, TV critics and the sort of intellectual and cultural heavy weights that, if you were stereotyping, you’d more expect to find tuning into BBC Radio 4’s ‘Book at Bedtime’. Such was the mass ardour generated that the series spawned a slew of gushy op-eds and what CBS’s Sharon Vuong, called “compelling sociological think pieces in major publications” when she announced her network had snapped up the rights for an American edition of the show. Even The Telegraph ran an article under the headline “Six Reasons Why Clever People Like Love Island”

But what, if anything, can clever people learn from Love Island?

In the Guardian Leah Green argued that the series held up a huge mirror to contemporary British society and some of the very ‘live’ public debates we are having about who we are and what we value: “Whether you backed the #MeToo movement, you will have an opinion on whether Adam Collard was a misogynist.You don’t need to have read bell hooks to notice black contestant Samira Mighty being romantically sidelined, both by the male islanders and the show’s producers”.

In Lesson from Love Island/Connecting With Culture, a blog for LICC, Nell Goddard reflected on a much publicised episode in which a popular contestant broke down in tears when she was led to believe her partner was cheating on her with his ex.  This crisis, Goddard said, offered viewers a spiritual lesson as it demonstrated “ even those who seem to ‘have it all’ will find themselves broken and disappointed when they put their hope in something fleeting”.  I understand her point but I’m not sure that the experience of a broken-heart ever, no matter how young or beautiful you are, ever feels ‘fleeting’.

But if we’re going to talk about what lessons reality TV can teach us about those relationships in life that are even less ‘fleeting’ then I’m going to champion Queer Eye on Netflix.

The series, which also launched a new season over the summer, is built on the conceit that five gay men (aka The Fab Five) giving advice to straight men about fashion, grooming, interior, design, food and culture can be extremely entertaining and might even provide moments of spine-tingling vicarious cathartic uplift for viewers following their “journeys”.  And it is and does.  But it’s occasionally also so much more, asking its audience to address who we are, what our prejudices might be and whether it’s possible to reconcile our personal perspectives with those of people who are “different”.  Take the first programme in the most recent series.

In ‘God Bless Gay’ the Fab Five meet a devoutly religious woman, Tammye.  Tammye’s son is gay. Ultimately, Tammye and her son as well as their church’s new community centre end up with attractive new looks but during the process a lot of time is spent by both the make-over mentors and their mentees reflecting upon and talking about the oft-times uncomfortable relations between the church/religious and the LGBTQ communities. Not everyone finds it easy to engage and there aren’t always easy solutions but – and this I think is what makes the programme so remarkable – the programme shows how real people (with all their personal beliefs, baggage, emotional hurts and passions) sometimes can learn to speak to, live with and love each other.

Whether it was the conversation when the Fab Five’s interior designer told Tammye about how he’d been ostracised by his community and his family when he came out and the sadness and bitterness he still has, or, whether it was Tammye’s son – once a stalwart of his church’s choir – finding his voice in a new musical group, or, Tammye challenging herself to love unconditionally, the programme’s participants always treat each other with respect, dignity and, yes, ultimately, love.   It’s a different kind of ‘love’ than the ‘love’ at the heart of Love Island – but definitely not fleeting and, so far as ‘reality’ goes, it’s not a bad lesson.

Jimmy McGovern: getting ‘Broken’ on TV
Scroll to top