In June 2013 award-winners received their prizes at a ceremony at Lambeth Palace. Winners ranged from high-profile figures and big networks, to small independents and individuals. 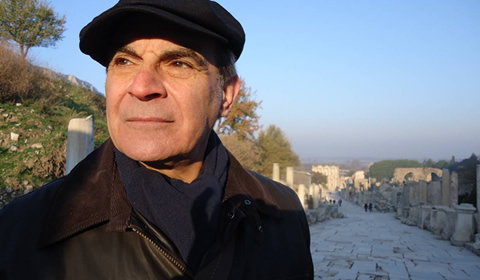 Leading actor David Suchet emerged a dual winner at the 2013 Awards. ‘In the Footsteps of St Paul’ (made by CTVC for BBC One), which he presented, won both the Premier Television Award and the Radio Times Readers’ Award.

Runner-up was the former Archbishop Rowan William’s ‘Farewell to Canterbury’ made by BBC Factual Arts for BBC Two, and in third place, ‘Islam: The Untold Story’ made by Maya Vision for Channel 4.

Every year the Radio Times sponsors its own award for readers of the magazine to choose from a shortlist the TV programme they think was the most inspirational and thought-provoking at dealing with issues of religion, ethics and morality. This year David Suchet’s ‘In the footsteps of St Paul’ won the prize.

This award is chosen by Trustees for a programme which they believe did the most to bring an awareness of religion into ordinary life. In 2013 it went to the Opening Ceremony of the 2012 Olympics, masterminded by Danny Boyle with the powerful script of Frank Cottrell Boyce. 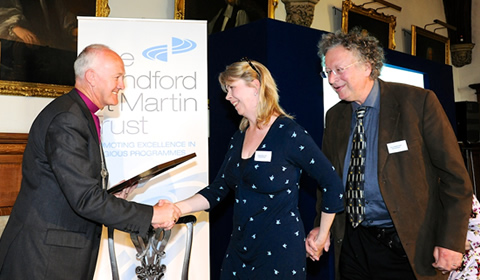 Runner-up was ‘Blasphemy and the Governor of the Punjab’ made by Goldhawk Productions for BBC Radio 4. The Merit award went to “The Pulse Passion” made by Whistling Frog Productions for the Pulse of West Yorkshire.

The former Chief Rabbi Lord Sacks was presented with the Sandford St Martin Trustees’ Personal Award in 2013 “for his advocacy of Judaism and religion in general, in programmes ranging from the 1990 Reith Lectures to Radio 4’s ‘Thought for the Day'”.

The Trust invests time and energy in recruiting judges and panelists who have experience in the field but who also bring different perspectives to the job of judging the best programmes. You can see who’s been on previous panels, and also listen to Brian Sewell’s speech at the 2013 Awards Ceremony.