The shortlists for the 2014 awards have been announced.

In each of our areas – TV, Radio and online progammes – we have a compelling list of entries covering a broad range of approaches to religion, spirituality and ethical subjects.

Final decisions will be made by our judging panels and announced at the Awards Ceremony on 3 June 2014.

You can also vote now for the Radio Times’ Readers’ Award and win £1000. See the press release for more information. 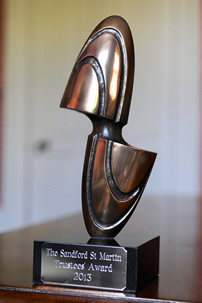 Our closing date for submissions was 24 February 2014.

If you need an invoice to pay the entry fees, please complete this form and email info@sandfordawards.org.uk with any questions.

Programmes should explore religious, moral or ethical themes, and have been originally transmitted in the UK.

Our judging panels are looking for thought-provoking, creative and engaging content.

» Find out more about our panelists

For further information, email us at: info@sandfordawards.org.uk