You are here: Home / About / Our heritage 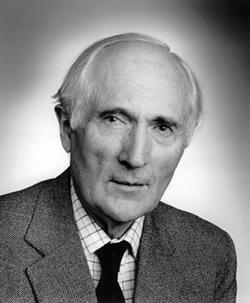 The Sandford St Martin Trust promotes thought-provoking, distinctive programming that deals with religion, ethics and spirituality. Through its annual awards, the Trust promotes excellent broadcasting about all faiths, from major networks, independents and online sources, at local and national level.

We also aim to make the case for quality broadcasting about religion by researching and promoting the facts about the state of religious broadcasting in the UK, and by sharing and inviting views on why and how it matters.

The Trust was established by post-war benefactor and Anglican layman, Sir David Wills (1917 – 1999) in 1978. After his initial commitment of funds, the Trust received further support from his son, the late Martin Wills. Additional financial support for the Trust has come from the Dulverton Trust, the Ernest Cook Trust, the Ormonde Trust and the Dick Rees Fund. Dr Catherine Wills, daughter of Sir David Wills, is a trustee of the Sandford St Martin Trust.

The Trust takes its name from the Oxfordshire village where Sir David Wills used to live.