You are here: Home / About / Our people / Paresh Solanki

Trustee and member of the Awards Group 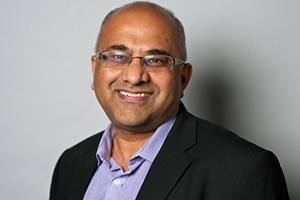 Paresh Solanki is an international award-winning producer/director and media executive with a passion for social development. He was a senior executive at the BBC till 2007 where he worked on numerous award-winning programmes and campaigns. Roles included Managing Editor for Features and Lifestyle; Executive Producer for documentaries and features, and Editor of Asian Programmes.

He currently works on projects linked to Near Neighbours, which encourages religiously and ethnically diverse communities to build better relations and come together to improve their local communities. Previous roles include being an Executive Officer for the UK Inter Faith Network.