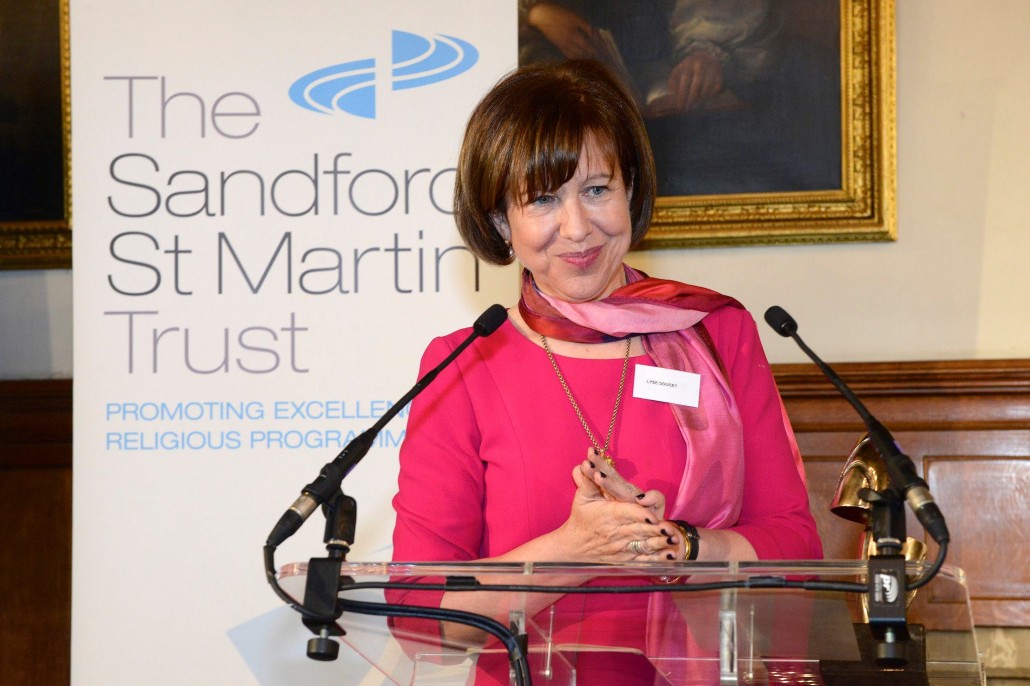 Lyse Doucet, the BBC’s Chief International Correspondent, has won the 2015 Sandford St Martin Trustees’ Award for raising the profile of religion in the media.  She was presented with the prize by James Harding, Director of BBC News and Current Affairs, at Lambeth Palace on May 27th.

James Harding said “It is a special privilege for me to be able to present this award.  Lyse Doucet is one of the great treasures of BBC News – and I think of journalism across the world – and this gives us a chance to acknowledge the extraordinary importance of her work.  This Sandford St Martin award recognises the profound influence of religion on the world we live in and Lyse has fearlessly brought us greater understanding of religion from some of the most perilous places on the planet.  She is a more than worthy recipient of this great honour and I’m very glad to have this opportunity to recognise her immense achievement.”

In more than 30 years as a foreign correspondent, Doucet has reported from the frontlines of some of the world’s most dangerous trouble spots including a leading role in the BBC’s coverage of the Arab Spring and more recently the on-going conflicts in Gaza, Syria and Northern Iraq.  Last April she was granted an in-depth and exclusive interview with the Archbishop of Canterbury, Justin Welby during his visit to meet political and religious leaders in Egypt.

“We are delighted to be giving Lyse our special award for her commitment to journalism and her intelligent and clear reporting of the religious elements of global events,” said the Rt Revd Nick Baines, Bishop of Leeds and Chair of the Sandford St Martin Trust. “In the fast-moving and pressurised world of news reporting, this is no mean task and she has given clarity to situations of great complexity and conflict.”

When she was told of the Award Doucet said “I am very touched that the Sandford St Martin Trust deems my work deserving of this. It has been the most extraordinary privilege to work in so many countries and cultures, but this has also brought a responsibility to tell these stories as well as possible, and to understand people of all faiths and people of no faith. As journalists we hope our work helps bring a wider understanding, if not empathy to our world.”

The BBC’s Religious Correspondent, Caroline Wyatt said: “I think that Lyse deserves the award more than anyone I can think of for her sustained, honest and accurate reporting of some of the biggest stories of our times.She is a colleague with immense generosity of soul and spirit, and an inspiration to us all.”

You can watch Doucet’s acceptance speech in the video below.