Blog - Latest News
You are here: Home / What Revs think about Rev 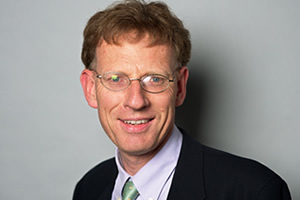 The plight of an inner-city vicar is being discussed openly and, for once, sympathetically. One of their number — admittedly, a fictional one — was on the cover of the Radio Times and, perhaps less surprisingly, the Church Times. So you’d expect the Revd Adam Smallbone’s real-life colleagues to be pleased.

Not universally. This week I opened two emails within ten minutes of each other. ‘I’m probably in a minority,’ write one, ‘but I don’t get Rev.’ ‘Why am I the only member of the Church of England’ wrote the other, ‘not to consider that Rev. is the most witty and profound depiction of inner-city ministry that can be imagined?’ (In my role as spiritual matchmaker, I put the two in touch with each other. I hope they’ll be happy together.)

These are not curmudgeonly old gits, or Puritans shocked by Colin’s language in the show. One is Ron Wood, a Church Times cartoonist, the other its TV reviewer, Gillean Craig. Both are priests, one in Dorset, the other in Kensington (but formerly in Stepney, East London). Both have a well-developed sense of humour.

In his review for this week’s paper, Gillean expresses his admiration for the cast, the ‘delicious’ cameos, the background understanding — for example of the way in which a vicarage is used by members of the congregation ‘with no sense of boundary whatsoever’.

But, he goes on, ‘it’s the playing out of the scenario, the plot, where the piece (clearly for me alone) falls to bits. . . The script allows Adam so little in the way of initiative, even of basic competence — especially [in episode one], in comparison with his brilliant and humane Islamic counterpart — that it’s difficult not to side with the Diocese, and wonder why he should be allowed to soldier on so ineffectually. . .’

And, he complains, ‘The genre keeps changing: is it grotesque farce or realistic comedy or wry tribute to contemporary Anglicanism?’

I suspect that there is a real clergy/laity divide here. Of course I don’t wish to argue publicly with my reviewer, but the key phrase here is ‘basic competence’. As amateurs, Tom Loxley and I are content for the Tom Hollander character to come out on top in whatever way he can, usually by luck and accident. The professionals, however, can’t help wishing that he triumphs just occasionally by his own wit. There’s a fine line between hapless — what I think Smallbone is — and witless, which is what some of the clergy fear him to be.

If the writers, James Wood and Tom Hollander, had been writing for a knowing audience — and in the age of All Gas and Gaiters (remind me what a gaiter is again?) they might have been — then Smallbone could have been a stronger character. But Rev has to seek its laughs from wherever it can. It sacrificed reality early on — archdeacon’s wives don’t see their husbands as often as Smallbone sees Simon McBurney’s character — and lives in danger of sacrificing Smallbone’s character.

The payback is this great absurdist farce, combining real-life dilemmas with the sort of forensic wit that enlivens W1A. I can watch it without wincing, but then, it’s not my profession being made fun of.

Paul Handley is editor of the Church Times, and a Sandford St Martin trustee.

A dual reason to celebrate

Broadcasters must have faith in religious TV
Scroll to top