You are here: Home / Why Black Media Matters

With input from a live and in-person audience, we explored the media representation of diverse communities and their stories. The conversation ranged from Channel 4’s “Black to Front” project, why the major broadcasters struggle to retain talent or to attract diverse audiences, funding, the power of DIY-content creation and what the future might hold.

An audio recording of the salon is available to listen to here. 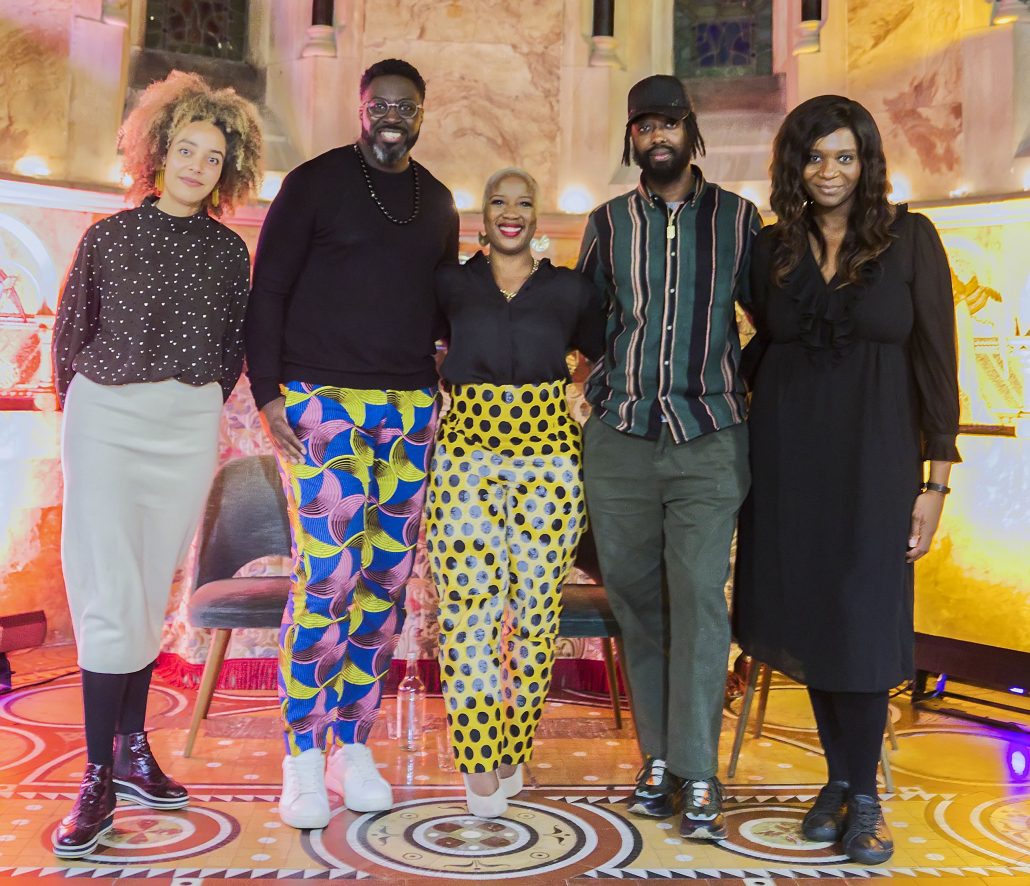 Held in collaboration with The House of St Barnabas and supported in part by funding from the Allchurches Trust, the discussion was led by:

Bernard P Achampong – an eight-time British Radio Academy award-winning audio producer, with many years of experience working for BBC, Spotify, ITN Productions and as a freelance producer. In 2015, he was nominated for the BBC World Service documentary HRH The Prince of Wales: Building Bridges but he’s probably best recognised for his 10-part exposé on the Dark Web for Audible UK. In 2011, Bernard formed the digital development company Unedited and launched Unedited Stories podcast network in 2017.

Ngunan Adamu – a Sandford St Martin Trustee and an experienced journalist, broadcaster and project manager with expertise gained across a wide range of BBC platforms. Ngunan currently produces and presents BBC Merseyside’s popular ‘Upfront‘ programme. As an entrepreneur and community leader, Ngunan has developed and lead initiatives aimed at promoting diversity in the media. She is also the founder and CEO of iWoman Media – a peer to peer organisation set up by women to empower, entertain, explore and inspire women around the world.

Ibrahim Kamara – the 27-year-old digital entrepreneur and co-founder of GUAP, which has grown from the world’s first video magazine to becoming a multi-platform youth media brand, covering all aspects of creativity and culture. In the last few years, Ibrahim has become an award-winning entrepreneur, speaker and investor,  honoured as a “Digital Pioneer” by The Mayor Of London for his work in entrepreneurship in digital media and also named as one of the top 100 most influential BAME leaders in the UK Tech Sector published in the Financial Times.

Chine McDonald – the head of public engagement at Christian Aid, Chine read theology & religious studies at Cambridge University before training as a newspaper journalist and over the years has written for several newspapers including the Guardian, Independent, the Times, the Daily Mirror and the Big Issue. Chine is a regular contributor to BBC Religion & Ethics programmes, including Thought for the Day on Radio 4’s Today programme. She also sits on a number of charity boards, including Greenbelt Festival and Christians in Media. Chine regularly speaks and writes on issues of race and faith. Her second book God Is Not a White Man & Other Revelations was published by Hodder & Stoughton in May 2021. In January 2022 she will take over the directorship of the Theos Thinktank.

It was chaired by Gillian Jackson Director of Engagement at The House of St Barnabas.

Please note that the opinions expressed by Media Salon participants are their own and do not reflect the opinions of the Sandford St Martin Trust or any of our partners.