Blog - Latest News
You are here: Home / Faith and mountains 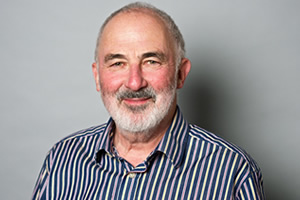 Gerald Priestland, writing about faith and faiths, once observed that there are many routes up the mountain. He was a classic universalist – author, broadcaster, former atheist, prominent Quaker, and BBC religious affairs correspondent in a Christian-dominated broadcasting environment.

Priestland described his faith as one of “reasonable uncertainty”. What would he have made of religious broadcasting today? Well, it is, on the face of it, admirably inclusive. We have enjoyed no-table recent television documentary series on the history of the Bible, the story of Mohammed and the story of the Jews; and fine inter-faith radio programmes. This is what all those involved with religious broadcasting would expect.

But we need more than that. With religion playing such a major part in issues right across the globe – in Syria and Iraq, Nigeria, Indonesia, so many countries and conflicts – we need to understand the nature of individual faiths, their history, and why they have such impact today. It is pre-eminently the job of broadcasting, whether formally ‘religious’ or not, to offer that information and understanding.

The need for inter-faith awareness extends well beyond broadcasting. As the editor of the Friends Quarterly, a Quaker periodical, I have included in the current issue articles by Quakers outlining their approach to challenging the Israeli occupation of the West Bank, and by a rabbi praising and explaining Simon Schama’s nuanced Zionism in his recent television series. Well before boosting ecumenism through his meeting with Pope Francis, Justin Welby featured in the pages of the Quarterly.

Helped by an enlightened media, we all can appreciate others’ routes up the mountain, and learn from them.
And yet, and yet. Intolerance of a multi-faith approach never seems far away. We know how incendiary are any media references to religion in Israel/Palestine, in the Arabic and North African lands, and even closer to home in Northern Ireland. People of faith face the aggression of the militant atheists, one tweeting recently that “we must respect the RIGHT of people to hold stupid beliefs. But that doesn’t mean we have to respect their stupid beliefs”.

There is not only sensitivity and insensitivity to contend with. There is also misunderstanding, whether accidental or wilful, which can be hugely damaging even where it has previously seemed safe to tread. Harvey Gillman writes in a recent issue of The Friend about mistrust, sorrow and even anger between some British Quaker and Jewish communities, over the question of the boycott of goods from the West Bank. Those who were so recently friendly neighbours can all too quickly become antagonists, whether – as TS Eliot put it – on the shores of Asia or in the Edgware Road.

In our re-casting of the work of the Sandford St Martin Trust, the trustees are placing stress upon the inclusiveness of our work to promote excellence in religious broadcasting, and therefore in the type of subjects for potential award-winning programmes. That is not a sudden departure. Award winners in just the past year have included Maya Vision’s Islam: the untold story for Channel 4 and Hearing Ragas made by BBC Bristol for Radio 4.
But in a time of rising militant religious (and atheistic) fundamentalism across the globe, it seems particularly important to stress our enthusiasm to look across the entire mountain range of religious broadcasting, and unlabeled broadcasting which still has much to say about religious and ethical concerns. Excellence in religious broadcasting is not only about production values, or popular appeal. It must also offer knowledge and understanding and context, and where necessary cast light into places that have remained obscure to those who know only their own ways of belief and worship.

Are you are fan of religious broadcasting?