Blog - Latest News
You are here: Home / One Million (and one) Dubliners 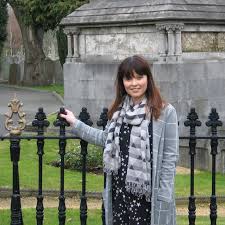 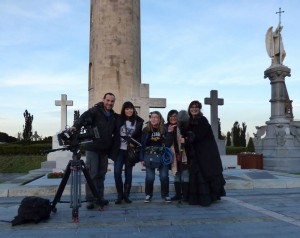 The winner of the 2015 Sandford St Martin TV Award was RTÉ’s beautifully shot, very moving film “One Million Dubliners” directed by Aoife Kelleher and produced by Rachel Lysaght of Underground Films.  Being about a cemetery, the film inevitably deals with death but ultimately it’s a film about so much more:  it’s about life, how to live, community, history and how individuals reconcile (or don’t) the past with their present.   In those respects and many more, One Million Dubliners was a more than worthy winner of the Sandford St Martin prize and we’re pleased we were able to celebrate it for its achievement.  But even better: it was an honour to be able to share in the lives of the people featured in the film as a member of its audience.

When I first told people that I was making a documentary film about Glasnevin Cemetery, opinions were divided. Some agreed that cemeteries were beautiful, peaceful and fascinating places – the backdrop to stories of love, faith, passion and heroism – and would be an ideal setting for a documentary. Others found the idea a little too dark and sombre. And of course, in any film about a graveyard, darker subjects – such as death, separation, loss and despair – have to be explored. But in making One Million Dubliners, my aim was always to retain a sense of light, hope and humour; to convey the experiences of those that work in and visit the cemetery and the events and emotions that have brought them there. Ultimately, I hoped that the film would illustrate that, as James Joyce put it in Ulysses: “in the midst of death, we are in life.”

For producers and directors who have never worked in the area, the idea of religious programming might also seem a bit forbidding. There might be a sense that one would be confined to a particular set of issues; limited to a tone of weighty gravitas and that the only suitable contributors would be people of profound faith. In fact, I have found the experience of making One Million Dubliners, which was commissioned and supported by RTÉ Religious, hugely liberating. In making a film about a graveyard that was founded by Daniel O’Connell for those “of all religions and none”, I was permitted to ask a wonderful variety of participants the big questions about life, death and devotion. Whether or not we have faith, a sense of spirituality or a strong religious belief, we are all grappling to understand our place in the universe, the meaning of it all. I believe that every individual has a unique attitude to life and death, which is what makes the subject so intimate, so sensitive and so compelling. In One Million Dubliners, the customs, expressions and even the beliefs of the bereaved vary entirely from person to person and from circumstance to circumstance. By exploring such a wide variety of attitudes in the film, we created a space for our audience to think about their own opinions and rituals, to question them, to affirm them or to doubt them. The ability to create such a space, though not unique to religious programmes, is certainly one of its great possibilities.

We were delighted to be shortlisted for the Sandford St. Martin Trust Awards and absolutely stunned to have won the Television Award. It is particularly exciting to think that we are part of a community of programme makers across Ireland and the UK, who are addressing these essential themes, while also coming up with new ways to engage with them. We very much look forward to discovering this year’s nominees and their work.

You can watch a clip of One Million Dubliners here.

Read more about the team who made One Million Dubliners here or about Underground Films here.

What I learnt watching telly for @sandfordawards

How should TV portray people of faith?
0 replies

Why is the BBC so uninterested in religion?

How To Judge a Sandford Award Winner
Scroll to top