You are here: Home / Children's Award 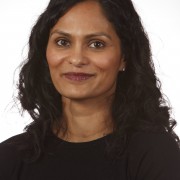 This year the Sandford St Martin Trust launched a new award for Children’s broadcasting.  Sharmini Selvarajah, formerly with the Sutton Trust and a freelance broadcaster and journalist, was one of those media professionals invited to help hone a shortlist from the many excellent entries.  She writes here about the experience.

As a child I thought about religion more than average. My family included Hindus, Sikhs, Catholics, Anglicans and Buddhists, and, thanks to this, I had direct experience of different customs and festivals. But growing up in 1980s Britain, I’m not sure if the same could be said of many of my contemporaries.

Religious Education – or RE – consisted of learning scriptures off by heart or illustrating Bible stories. And although I was interested in religion throughout my childhood and teenage years, I don’t remember ever being engaged with religious ideas at school, or through the mainstream media.

I was particularly impressed with the high production values of many of the submissions. It’s true that some came from big production companies, but many of the specialist films aimed at schools were beautifully made with limited resources.

There was also a welcome diversity within the programmes, with subjects including Hanukkah, Bible stories, Humanism and even an exploration of Ji’had. In addition to explicitly religious themes, there were also entries which dealt less directly with ethical issues. These programmes were particularly interesting, though often hard to judge. Not all met the criteria of the Award, to include a “strong religious or spiritual element”, but those which did were inspiring. They demonstrated that religious themes can be effectively included in mainstream programming for young people.

I watched and listened to many of the entries with my three children, and took on board their comments when making decisions. Seeing their enjoyment and engagement with the process convinced me that the days of poorly produced, unimaginative, religious programming for children are long gone.