It’s been a tumultuous year for the BBC.  What with BBC Charter renewal and the government’s proposed “major overhaul” of how the nation’s broadcaster is run and regulated, rumours about the future of in-house production, digital platforms and fears over the practicality of the BBC licence fee – the BBC’s is being forced to articulate it’s vision for the future.  So where does religious broadcasting fit in?  And how seriously do BBC managers take religious literacy?  Roger Bolton is the presenter of BBC Radio 4’s “Feedback” programme and a Sandford St Martin trustee.  In his blog, below, a version of which was first published on the Royal Television Society’s website, he argues that if the BBC and other broadcasters don’t improve their coverage of religion, they’ll be missing out on modernity. 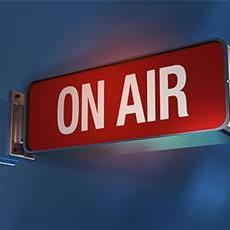 “My generation grew up thinking that religion was completely marginal to British life, which, as for the rest of the world, has been proved more and more wrong”.   Simon Schama, historian.

In this, if in little else, Mr Schama and I have something in common. Born in the same year, I was also carried along on the wave of 60’s optimism which assumed everyone was basically good, life was getting better for all, and reason would triumph.  As an historian, and a Jew, Simon Schama of course knew this was an illusion, yet even he misread the importance of faith in the modern world.

When I became a BBC journalist I was encouraged to read books about subjects like Ireland and the trade unions and learn about the City. No one ever mentioned the Shia/Sunni split. Indeed in 1979, when Ayatollah Khomeini returned to Iran after exile, I did not know which branch of Islam he belonged to or why it mattered so much. (Shia, since you ask, and what followed his return was the Iranian Revolution, the Iran-Iraq war and just about everything that has happened in the Middle East since.).

Today religious literacy is vital for everyone involved in broadcasting.

Lyse Doucet BBC News’ chief international correspondent says this. “Sadly, distortions of religious belief and texts are used as political weapons in many conflicts as well as clashes over traditional beliefs and practices. That requires us to know more about the tenets of major religions and systems of belief, to be able to assess and analysis different interpretations”.

In the Sunday Times the journalist A A Gill wrote, “Religion has never been more tangible in world affairs and public life. Not having more sensible and serious religious broadcasting isn’t modern, it’s a failure to face modernity”.

In June this year, in a keynote speech at the 2016 Sandford St Martin Awards at Lambeth Palace, the Archbishop of Canterbury, Justin Welby, called on the BBC to treat religion “with the same seriousness as other genres like sport, politics, economics or drama”. He went on, “The promotion of religious literacy should be a specific duty for the BBC across its broadcasting services”.

The BBC has six public purposes set out by Royal Charter. For some of us the promotion of religious literacy ought to be a seventh such purpose.

Such literacy is not only necessary to understand the world beyond our shores.

Christianity made this country. It is impossible to understand fully our politics and our culture, painting, sculpture, poetry and drama, indeed our new Prime Minister, without understanding the Christian faith.

And it impossible to understand the country we are becoming without understanding the beliefs of those who have immigrated here. The 2011 census recorded that there were 2.8 million Muslims in Britain, or 4.4% of the population. (Those figures will have increased in the last 5 years.) For many, perhaps most Muslims, their faith is the most important thing in their lives. How must they regard journalists who know little of their most cherished beliefs and who do not have the knowledge to challenge those who distort their faith?

So, how well are we broadcasters doing?

The picture is decidedly mixed. There are some cracking programmes being made, as the shortlist for this year’s Sandford St Martin Awards showed, but fewer of them.  Entries were welcome from news, current affairs, factual, arts, music, drama, children’s and comedy genres – as well as from teams producing specifically “religious” commissions.  This year’s TV winner was “My Son the Jihadi” made by True Vision Productions for Channel 4 . In 2011 Sally Evans made a devastating discovery: her son Thomas had left their home in a Buckinghamshire village and travelled to Somalia to join a deadly Islamist terrorist group. The film charted, with immense sensitivity, her subsequent attempts to understand what had happened to her son and to come to terms with his death. Had it been better if he had never been born?

The Radio Times Readers’ award went to a very different sort of programme, BBC1’s “Call the Midwife”, and the Trustees award to Joan Bakewell for her lifelong commitment to ethical enquiry in programmes like “Heart of the Matter” and “The Ethics Committee” which enabled her to explore, with judicious impartiality, the most interesting ethical dilemmas of our age.

But if the quality is high the volume is getting lower.

Take Channel 4. According to OFCOM, its spending on religious broadcasting dropped from £49 million in 2008 to £20 million in 2013 (the latest figures we have). This period coincided with Channel 4’s decision to dispense with the role of Commissioning Editor for Religion and the elimination of any religious programming quota.

At ITV the position is even worse. Spending on religious programme commissions dropped from £40 million in 2008 to £2 million in 2013. (Yes £2 million.)

So much therefore depends on our main public service broadcaster, the BBC. How well is it doing?

It makes some good programmes, and has outstandingly well informed journalists like Lyse Doucet and Ed Stourton, but it seems to have little or no strategy, is in an organisational muddle, and seems to place religious broadcasting well down its list of priorities.

This may be a harsh judgement, and it would be wonderful if the BBC would produce the facts to contradict it, but consider the following, worrying, evidence.

(a) OFCOM described religious programming as one of several “immediate issues” of concern in its July 2015 report “Public Service in the Internet Age”. The reference was highlighted in the BBC’s own Charter Review report of September 2015, “British Bold Creative: the BBC’s programmes and services in the next Charter”. But the 99 page Corporation document made no further reference to religion – the only programme genre of “immediate issues” which got no mention in its proposals for the next Charter period.

(b) Aaqil Ahmed. officially the BBC’s Head of Religion and Ethics, has had his commissioning power taken away from him. TV religious programmes are now commissioned by a non specialist responsible for several other genres, science, business and history.

(c) In BBC News there are Editors for a vast range of areas including consumer affairs, the arts, and sport as well as politics and economics and a host of others. Religion does not have such a senior figure able to influence editorial policy, and its correspondent has to make do with a part time producer, though that may change.

QUESTIONS FOR THE BBC

In the light of this apparent vacuum, the Sandford St Martin trust has been trying to get  answers from the BBC  to three key questions.

Perhaps the BBC has detailed answers to these questions. If so, could they let us know?