You are here: Home / Did the BBC lack faith in its Year of Beliefs?

Sandford St Martin Trustee and former BBC media correspondent Torin Douglas reflects on the programming that marked the BBC’s Year of Beliefs.  The blog below was also published in Broadcast.  Let us know what you made of the Year of Beliefs through the ‘comments’ box or email admin@sandfordawards.org.uk. 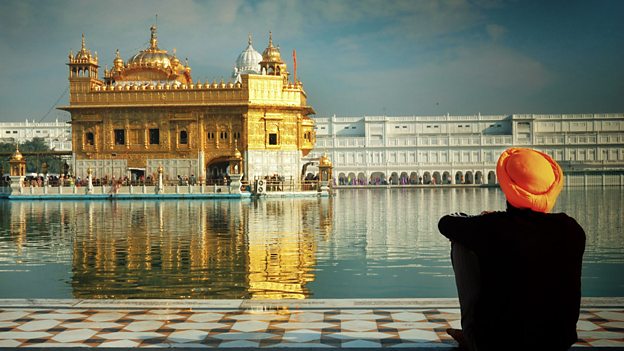 2019 was the BBC’s ‘Year of Beliefs’ but you might not have known it from the media coverage. Google the words “BBC Year of Beliefs” and you’ll find slim pickings.

The launch, this time last year, was reported in the religious media, and the Independent and Guardian – with headlines such as “BBC ‘Year of Beliefs’ to shine light on faith and values in modern UK” – but there was precious little more.

In May, The Times reported a speech by Abigail Priddle, the TV commissioning editor for religious output, under the headline “BBC’s new fervour for religious characters on primetime shows”. She highlighted the BBC Two travelogue series Pilgrimage, in which celebrities of differing faiths join the spiritual walks to Santiago de Compostela and St. Peter’s in Rome, and Easter at Mary Berry’s, in which the television chef helped Dr John Sentamu, the Archbishop of York, to cook roast lamb.

But then hardly a mention till November, when the BBC published its survey on the UK’s morals and values – only to be drowned out by the general election, even on most BBC news outlets.

In his end-of-year radio review, the Church Times critic Edward Wickham wrote: ‘This was to be the BBC’s Year of Beliefs. There has been a survey on morality; there was talk of a “youth panel”, although evidence of its existence has escaped this reviewer; and there was to be more religious broadcasting. That has certainly passed me by. The “extra” programming turned out largely to be an exercise in repackaging… Indeed, the most notable change in religion on BBC Radio was the axing of Something Understood, a staple of the Sunday morning schedule for more than 20 years.’

Let me declare an interest. I’m on the board of the Sandford St Martin Trust, which promotes excellence in religious broadcasting and runs the awards for programmes on religion, ethics and morality. We were delighted two years ago when Tony Hall published the BBC’s Review of Religion & Ethics, which vowed “to raise their game across all output” and earmarked 2019 as a ‘Year of Beliefs’ across radio, TV and online. A year ago, at its outset, we welcomed the BBC’s commitment “to bring Religion and Ethics programming to as wide an audience as possible”, “highlighting big moral questions and spiritual journeys of self-discovery”.

The promised landmark TV series included Inside the Vatican on BBC Two, “with privileged access to the people who live and work in this independent city-state” and the three-part Earth’s Sacred Wonders on BBC One, looking at the world’s major religions and exploring “the most iconic places on earth”.  On radio, there were good programmes marking the anniversary of the Satanic Verses fatwa on Salman Rushdie and a three-part series on Science and Religion. Among youth-focussed programmes, there was purpose-built digital content, such as BBC World Service’s Instagram engagement with young believers from around the world. Songs of Praise had two Easter specials in the Holy Land and, alongside coverage of Easter and Christmas, there were highlights from other religious festivals.  A wider range of speakers contributed to Thought For The Day and A Moral Maze.

But it all seemed a bit under the radar and less than the sum of its parts, as if the Year of Beliefs were an internal workplan which the BBC didn’t want too many people to know about. Yes there were good programmes and initiatives but there were also missed opportunities. The Times quoted Abigail Priddle as saying “You’re making programmes that have religious content across the board. One way is to make sure faith is represented in mainstream shows. There are religious people in EastEnders, sitcoms, big-budget dramas…”

So why was Call The Midwife not cited publicly as part of the Year of Beliefs? Or Les Miserables – or The Archers, with its storylines about Shula’s dream of being ordained and Jim Lloyd’s memories of being abused? Or Glenda Jackson’s Elizabeth is Missing? Why was there no repeat of Jimmy McGovern’s Broken or a season of moral-issue dramas such as Care, The A Word and A Short Stay In Switzerland?

In the Year of Beliefs, couldn’t one of the Today guest editors over the Christmas and New Year period have had a faith background? And while it was great to hear the Reverends Richard Coles, Kate Bottley and Giles Fraser swapping clerical shoptalk in Radio 4’s Three Vicars Talking, couldn’t there have been more panellists of faith on Any Questions and Question Time?

This may seem ungrateful carping when the BBC carries so many more programmes about religion and ethics than other broadcasters. But once the entries for the Sandford St Martin Awards are in, we’ll see what difference the Year of Beliefs has really made.

We need Ambridge back soon
Scroll to top