You are here: Home / Awards / Lenny Henry and what the BBC is for

My Name is Leon, Douglas Road Productions in association with Tiger Aspect Productions, Ringside Studios and Vicarious Productions for the BBC 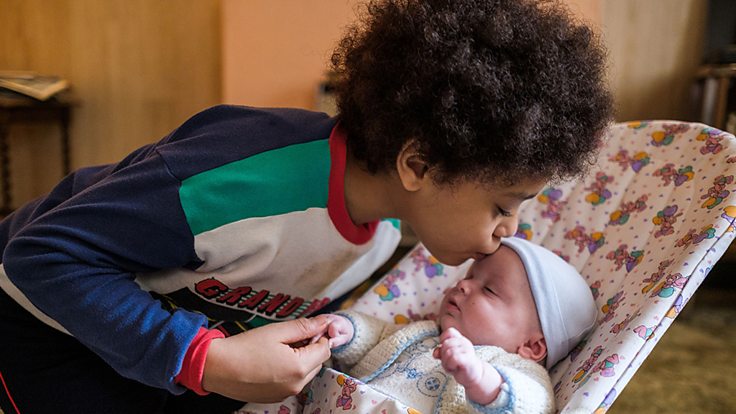 We’ve just announced that Sir Lenny Henry is to be one of this year’s winners of the Sandford St Martin Trustees Award, in recognition of his ongoing campaigning work to address inequality and under-representation in broadcasting.

When we chose him, we didn’t know it would coincide with the launch of the profoundly moving BBC film, My Name Is Leon. Sir Lenny not only appears in it – alongside Christopher Ecclestone, Monica Dolan, Olivia Williams and 9-year-old Cole Martin, as the mixed race boy at the heart of the story – but he persuaded the BBC to make it and was the executive producer through his production company Douglas Road.

Discussing the film at the Hay Festival, Sir Lenny was asked by Sarfraz Manzoor if My Name Is Leon felt “like this is what the BBC is for”.  He and fellow panellist Monica Dolan immediately replied “Yes.” He praised the BBC for commissioning stories it believed should be told, rather than asking – like the streamers – whether they would sell. He said how important it was that the BBC had accepted a film adaptation, rather than insisting on a series. “A lot of writers write one thing, and have a story to tell,” he said, suggesting that many distributors would ask: “Why isn’t this 13 episodes?”

And he commended ventures such as the BBC Writers Room for demonstrating how to nurture talent. Sir Lenny is clearly proud of his work with the BBC – from The Lenny Henry Show to Comic Relief, which he co-founded, to the dramas he now makes as actor, producer and writer.

But that has not stopped him criticising the Corporation (and other broadcasters) for the lack of diversity in the media – and for the cuts announced recently by the director-general Tim Davie, including the decision to make CBBC online only. “I think it’s a mistake,” he told the Hay audience. “Where are kids going to see themselves?” he asked, emphasising the importance of portraying diversity on children’s television.

Sir Lenny is a critical friend of the BBC and so is the Sandford St Martin Trust, which exists to champion and reward excellence in religious broadcasting. We have pointed out when the BBC hasn’t lived up to its own high standards and taken its eye off the religious ball – closing specialist departments and doing away with the role of head of BBC religion and ethics. We welcomed its pledges “to raise our game across all output”, to appoint a religion editor in BBC News and to make 2019 ‘The year of beliefs’. We continued to hold it to account, and review its performance, in submissions to broadcasting consultations and articles such as ‘Has the BBC kept the faith?’ last Christmas.

But as we approach our annual awards ceremony (to be held on Wednesday 22nd June at Christ Church Spitalfields), we must not lose sight of the fact that the BBC is easily the UK’s most important, effective and productive broadcaster in the field of religion and ethics. This year’s Trustees Award winner Lenny Henry has done most of his work for BBC TV and radio and no fewer than 16 of our 24 shortlisted programmes (and four of the six Radio Times Readers Award Finalists) were made for the BBC.

Under Daisy Scalchi, BBC Commissioning Editor, Religion, the BBC has broadened its programming to mark Easter and other key faith festivals, such as Holi, Ramadan, Vaisakhi, Passover, Eid and Vesak Day. As promised in its 2017 review of religion and ethics, it has harnessed flagship strands across TV and radio channels – and embraced new digital opportunities – to reach a wider audience and, after transmission, the ‘Faith and Hope’ page on BBC iPlayer brings the content together into a central hub (albeit hidden away under the ‘Lifestyle’ label).

We continue to campaign for this to be given greater prominence.

Because the BBC is publicly-funded and has greater statutory obligations, we hold it to a higher standard than other broadcasting organisations. And that is why, like Lenny Henry, we are opposed to Tim Davie’s decision to close CBBC, BBC Four and Radio 4 Extra as broadcast channels in the face of a hostile Government and the freeze in the licence fee.The director-general has been dealt a poor hand, but he must not forget his previous about-turns – announcing the closure of BBC 6 Music, which was reversed after a review, and closing BBC Three as a broadcast channel, now also reversed after five lost years as a streaming channel.

Broadcast channels still play a hugely important role in the ecology of broadcasting, not just for the many people who don’t have access to (or cannot afford) the streaming platforms, but as an easily accessible showcase – which is why the BBC shoe-horned BBC Three’s programmes onto BBC One when it had took away its broadcast channnels.

As we celebrate Sir Lenny Henry’s Sandford St Martin Trustees Award, let us remember his words about the plan to close CBBC: “I think it’s a mistake. Where are kids going to see themselves?”

Religious broadcasting in a changing world
Scroll to top