“Religious literacy helps us to understand our secular selves”

You are here: Home / “Religious literacy helps us to understand our secular selves... 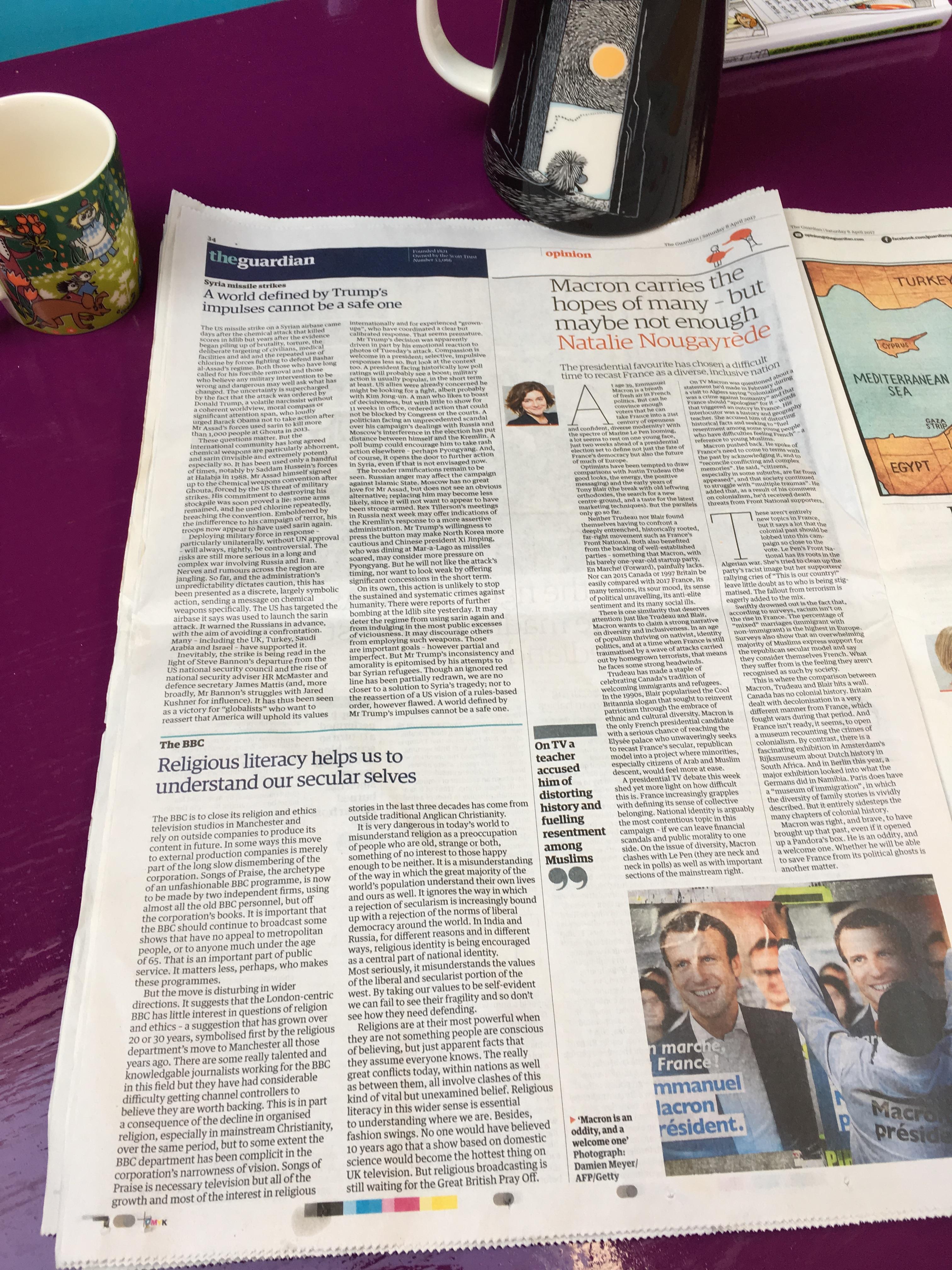 On Saturday 8 April, 2017 the following editorial responding to the news that the BBC is to close its Religion & Ethics TV department appeared in the Guardian newspaper.  It eloquently and succinctly sums up why good religious broadcasting matters.

“The BBC is to close its religion and ethics television studios in Manchester and rely on outside companies to produce its content in future.  In some ways this move to external production companies is merely part of the long slow dismembering of the corporation.  Songs of Praise, the archetype of an unfashionable BBC programme, is now to be made by two independent firms, using almost all the old BBC personnel, but off the corporation’s books.  It is important that the BBC should continue to broadcast some shows that have no appeal to metropolitan people, or to anyone much under the age of 65.  That is an important part of public service.  It matters less, perhaps, who makes these programmes.

“But the move is disturbing in wider directions.  It suggests that the London-centric BBC has little interest in questions of religion and ethics – a suggestion that has grown over 20 or 30 years, symbolised first by the religious department’s move to Manchester all those years ago.  There are some really talented and knowledgeable journalists working for the BBC in this field but they have had considerable difficulty getting channel controllers to believe they are worth backing.  This is in part a consequence of the decline in organised religion, especially in mainstream Christianity, over the same period, but to some extent the BBC department has been complicit in the corporation’s narrowness of vision. Songs of Praise is necessary television but all of the growth and most of the interest in religious stories in the last three decades has come from outside traditional Anglican Christianity.

“It is very dangerous in today’s world to misunderstand religion as a preoccupation of people who are old, strange or both, something of no interest to those happy enough to be neither.  It is a misunderstanding of the way in which the great majority of the world’s population understand their own lives and ours as well.  It ignores the way in which a rejection of secularism is increasingly bound up with a rejection of the norms of liberal democracy around the world.  In India and Russia, for different reasons and in different ways, religious identity is being encouraged as a central part of national identity.  Most seriously, it misunderstands the values of the liberal and secularist portion of the west.  By taking our values to be self-evident we can fail to see their fragility and so don’t see how they need defending.

“Religions are at their most powerful when they are not something people are conscious of believing, but just apparent facts that they assume everyone knows.  The really great conflicts today, within nations as well as between them, all involve clashes of this kind of vital but unexamined belief.  Religious literacy in this wider sense is essential to understanding where we are.  Besides, fashion swings.  No one would have believed 10 years ago that a show based on domestic science would become the hottest thing on UK television.  But religious broadcasting is still waiting for the Great British Pray Off.”

The Problem with Choosing a Sandford Award Shortlist