You are here: Home / television 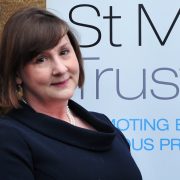 For 2016 the Sandford St Martin Awards have benefitted from the expertise and enthusiasm of a particularly distinguished group of judges and short-listers.  Bryony Taylor, the author of ‘More TV Vicar‘ (a book that gets under the dog-collar of some of the best known religious characters on television) and a curate in Durham is one of them.  Such is her dedication to duty that she not only cheerfully watched each and every TV programme entered for an award this year but she agreed, in the run up to the Awards ceremony on 8th June, to share with us (and you) some of her highlights.  Our deepest thanks to her and her fellow adjudicators.  This blog first appeared on her own website where you can find out more about Bryony and her work.

This year I was invited to help shortlist for the Sandford St Martin Awards – an awards scheme for excellence in broadcasting that engages with religion, ethics or spirituality. The shortlisting process involved watching a lot of television (obviously) that covered themes as wide ranging as Joan of Arc, Muslim Drag Queens and Srebrenica.

I think broadcasting that covers themes of religion, ethics and spirituality is only going to become more important in our current times. You have only to see some views espoused on social media or down the pub about religion and belief to realise how ill-informed most people are (and I include myself in that). Despite the decline of print media and even the decline in live television viewing – most of us still consume a lot of television – we simply do this via catch-up now or streaming services or saving up for a box set. Levels of religious literacy in particular are at an all time low, we don’t even understand our own religious background (which floats around like a ghost in the back of our mind with a refrain of ‘he who would valiant be’ from Primary School) – let alone understand what makes a Muslim tick. Most people wouldn’t get the ‘Blessed are the Cheesemakers’ joke from the Life of Brian any more – or at least wouldn’t be able to say where the joke comes from in the Bible. So we need good religious broadcasting. We need to understand the ‘other’ better in our world of angry tweets and incendiary Facebook posts.

Fascinatingly, a lot of the programmes I watched for the shortlisting were about extremism – either Islamic extremism or forms of fascism and white supremacy. Whilst I found these quite interesting, they didn’t teach me anything new, but perhaps even hardened my view on extremism.

The programmes I found most affecting were those in which we saw ordinary people trying to live out their faith. I particularly enjoyed the Irish documentary series ‘Baz the Lost Muslim‘ about a man who had grown up in Catholic Ireland with a Catholic mother but Egyptian Muslim father who decided to explore the faith of his father for the first time at the age of 40 – he had some profound moments along the way – particularly the first time he prayed.

Another wonderful programme was a short film about Muslim style vlogger Nabiilabee meeting with ex-Girls Aloud singer Nicola Roberts – they were sent on a mission to buy each other an outfit that worked with their own preferences – of course with modesty for the Muslim woman. This is a lovely programme which you can watch here – I particularly loved hearing Nabiilabee talking about ‘bad hijab days’! This was a really honest conversation about clothes and religious beliefs.

Another programme which showed the levels of diversity within a big religion like Islam was Muslim Drag Queens. Initially the provocative name put me off but this was a very moving documentary. The most striking part for me was when one more seasoned drag queen was teaching a new lad some moves in a night club (during the day). It came to prayer time and the younger lad was going to take his prayer mat into the corner to say his prayers. The older drag queen was horrified that his friend was happy to pray in such a place. It was fascinating – the discussion was not about their sexuality or the fact that they were drag queens but about their faith and how they live it out in Western Society. This was such a refreshing surprise – I’d love to see more programming like this. You can watch the programme on All 4 here – don’t let the title put you off!

My favourite programme which sadly wasn’t shortlisted ultimately (but got top marks from me!) was You, Me and the Apocalypse. This was a drama shown earlier in the year on Sky1. It is the most innovative drama I have seen in a long time. It benefits from having very high American drama production values and a very witty British script with a mixture of British and American actors. I think the reason it wasn’t shortlisted was that we shortlisted individual episodes, not whole series, and this is a series that really needs to be seen in its entirety and not one episode in isolation as the plot is complicated. The series is by turns hilarious, profound and moving and generates plenty of questions in the viewer. In my view it would be a great programme to watch over a few weeks as a small group from church or even as an adult confirmation course! The premise of the programme is that there is a meteor coming that will destroy the planet in 30 days and it tracks the response of a variety of characters in the UK and USA and other places whose stories begin to connect as the series progresses. I really recommend it and I was disappointed it didn’t ‘make the cut’ so to speak so I will sing its praises here!

I have only written here about a few of the programmes I watched. I thought it was a sad indictment of our times that so many were focused on the negative things to come out of religion or extremist beliefs. I hope that programme makers might look a bit more in the future at the more human stories of people working out what it means to live out their faith in the modern world as it is these stories we need to hear more. We all know what happens when religion goes wrong – we have the news for that – but drama and documentary makers have the opportunity to report on the real lives of believers and the complexities of being a person of faith – that is far more engaging and interesting!

If you want to know more about “More TV Vicar? Christians on Telly, the Good, the Bad and the Quirky”  you can listen to an interview with Bryony here.