Blog - Latest News
You are here: Home / An Award Winner Tells What Happened Next… 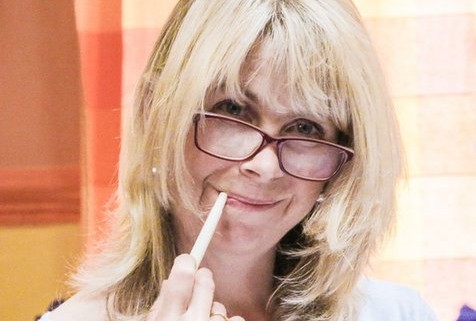 In 2013 Rosie Boulton was part of the team that won the Sandford St Martin Radio Award for her moving and evocative programme “Hearing Ragas” broadcast on BBC Radio 4.  Here she writes about the experience and what she did with her prize.

A small team of us were genuinely shocked and totally delighted to win the Sandford St Martin  Radio Award in 2013.  Our programme, Hearing Ragas was violinist Professor Paul Robertson’s remarkable story of the Indian ragas he heard from within a coma, and the healing effect that Sir John Tavener’s music had on him in his recovery.  It was wonderful to see the effect that winning the award had on Paul. He’s been through so much difficulty and despair in the past few years, and to win a prize for his account of the way he dragged himself back from death to life (with a lot of help from others) was really significant for him.

The Award was significant for me too.  After 24 years of working for the BBC, with the closure of production at the BBC in Birmingham, I was in the process of launching off into the freelance world. Hearing Ragas was the last programme I made from within the BBC and was a lovely parting project.  The Award was the icing on the cake.

I wanted to do something special with my part of the prize money.  I’d been longing for a while to stretch my production wings and see what might be possible in this new digital world where the goal posts are well and truly shifted.  Having this pot of money meant that I didn’t need to wait for permission from someone else to be creative, I could simply go ahead and make something. The result is a free hour of downloadable drama called The Kindness of Time – a drama about waiting for love to appear in midwinter.

It began with some lines from writers Tom Davis and Deirdre Burton:

All that there is, is love. Nothing else is, but love. Love is the force that fires the stars, that drives our lives from seed to sepulchre, from edge to edge, from end to end.

A group of us (writers, singers, actors, directors, composers) felt the need this year to turn down the volume on the daily media litany of unkindness, and make something that puts the kindness of the human heart centre stage. In our drama, that kindness is embodied in the singers of the youth folk chorus Stream of Sound.  Their music comes straight from youthful open hearts, making direct contact with their listeners. So we wrapped a drama around their exquisite Christmas repertoire in the hope of making something meaningful and enriching.

Each of us who worked on this project have been hugely nourished by the experience.  And now we’re sending it out around the world, in the hope that listeners will feel the same.

Our thanks to Rosie for sharing her experience.  Please remember, the 2015 Sandford Awards are accepting entries until 13 February, 2015.

Do they know what Christmas is?
Scroll to top