Blog - Latest News
You are here: Home / Do they know what Christmas is? 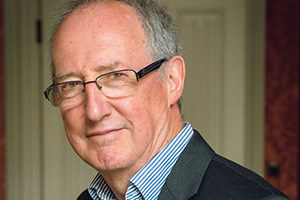 Thirty years after Band Aid, the revamped single, Do They Know It’s Christmas?, became the fastest-selling single of 2014. I’m delighted that it’s doing so well, but I can’t help thinking that if the target audience were confined to British schoolchildren, a better song title would be “Do They Know What Christmas Is?”

Older readers might think this is a redundant question, but I’m afraid it’s not. In some schools in this country, little is taught about the true meaning of Christmas, possibly because secular staff are unsympathetic to religious education or because of the fear of offending those of other faiths. And broadcasters aren’t doing much to remedy this ignorance. It is difficult to find any children’s programmes that regularly deal with faith issues.

There are exceptions; one-offs. This Christmas I’m looking forward to watching On Angel Wings on BBC1, a spectacular animation based on Michael Morpurgo’s picture book, which tells the Christmas story from the point of view of a young shepherd boy. But there is little else in prospect, and the conse- quences of this lack of coverage are becoming evident.

Does this matter? I think it does, for both cultural and communal reasons.

The United Kingdom cannot be understood without appreciating the role Christian culture has played in its development, from the introduction of the parish system to the replacement of a monarch (James II) because he was a Roman Catholic. In the time of Henry VIII what one believed about the doctrine of “transubstantiation” was literally a matter of life and death. Our 17th-century Civil War was fought in large part over the doctrine of the Divine Right of Kings. Without a knowledge of Christianity, what will our schoolchildren make of much of our finest literature and drama, filled as it is with Christian imagery? Or much of the finest European art?

It is also vital that children of other faiths learn about Christmas. How can they begin to integrate into our country if they know little of the faith still at its heart?

Of course, the reverse applies, too. How can they feel welcome in this country if we make no real effort to understand what is often the most important thing to them and their families – their faiths? How many of us have bothered to learn about the festivals of Eid and Hanukkah, for example? Where there is no knowledge there is often a dangerous ignorance. Anti-semitism has reared its ugly head in Europe again and Muslims suffer from being lumped together as extremists.

A better understanding of faith would also do politicians no harm when they come to debate whether or not to intervene in parts of the world where religion is still a matter of life and death. In short, if we are to have any chance of understanding each other at home and abroad, we need to understand our different faiths.

There is another reason we should ensure that our children are religiously literate. The best of faith teaches us that we are all unique, that we are all equal in the sight of God, and that we should treat others as we ourselves wish to be treated.

I am a Trustee of the Sandford St Martin Trust Awards, which are given to encourage more and better coverage of religious and ethical issues in broadcasting. Because of the concerns I’ve listed above, we have decided to introduce a new category in 2015, for children’s programmes. We take a broad view of what constitutes a religious programme and we are not exclusively Christian – we have given awards to programmes made about Jewish and Islamic subjects, and to programmes made by atheists.

Our roots, however, are in Christianity, like the UK as a whole, and while I will certainly buy the new Band Aid 30 single, Do They Know It’s Christmas?, I also want all our children to know what Christmas really means.

An Award Winner Tells What Happened Next…