Can The BBC Keep The Faith?

You are here: Home / Can The BBC Keep The Faith?

As Christmas approaches, Torin Douglas asks where is the BBC’s religious strategy? 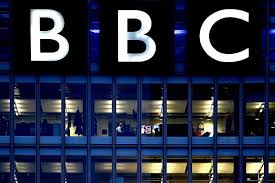 The following blog was first published in the BBC Pensioners Association Newsletter and is being re-produced here with their kind permission.

In March this year, the contract to make Songs of Praise was won by two independent production companies. Within days, BBC Studios announced there was no longer enough work to sustain the BBC Religion and Ethics department and so it would close.

Recently, when John Humphrys told Radio Times that Radio 4’s Thought for the Day was “deeply, deeply boring” it caused a predictable outcry. Today programme presenters are meant to keep their views to themselves on subjects of potential controversy but, in the overblown celebrations of Today’s 60th anniversary, this requirement seemed to be waived. Radio Times proclaimed on its cover: “The Today team tell us what they REALLY think about Brexit, the BBC and Thought for the Day.”

Humphrys said:  “Sometimes it’s good and the guy or woman is delivering an interesting thought in a provocative way. Usually not. It seems to me inappropriate that Today should broadcast nearly three minutes of uninterrupted religion, given that rather more than half our population have no religion at all.”

Rev Giles Fraser, a regular contributor to the slot and to The Moral Maze, pulled no punches and was quick to respond in the Guardian:  “Here’s my Thought for the Day: stop sneering and keep the faith, BBC. A culture of sniggering contempt towards religion is endemic within the BBC. And one acceptable way of demonstrating this is to slag off Thought for the Day. This has become a totem of the BBC’s attitude towards faith generally. To the overpaid panjandrums of the BBC, religion is for the little people, for the stupid and the gullible. The very presence of religion is perceived as some sort of insult to the precious, godless secularity of the news. But the news isn’t godless – just the people who report on it. About 31% of people in the world are Christians. About 24% are Muslims. About 15% are Hindus. The vast majority of the people on this planet believe in some sort of God. These faiths, and many numerically smaller ones, have shaped world history, ethics, politics and culture like no other force known to humankind. Quite simply, you cannot understand the world unless you understand something about the way that faith functions in the lives of its adherents.”

All this struck a chord with me.

Since leaving the BBC, I’ve become a trustee of the Sandford St Martin Trust which promotes excellence in religious broadcasting and presents awards for programmes that explore faith, spirituality and ethics. My fellow trustees have included Feedback presenter Roger Bolton, former editor of Panorama and This Week; Abdul-Rehman Malik, director of the Insight Film Festival; and our (recently retired) chair Nick Baines, Bishop of Leeds, a regular on Thought For The Day and Chris Evans’ show on Radio 2 as well as many others with direct experience of programme-making, commissioning and broadcast regulations.  We respond to broadcasting reviews by the BBC, Government and Ofcom, and regularly quote distinguished names in our support.  Some may come as a surprise to you. Historian Simon Schama wrote: “My generation grew up thinking that religion was completely marginal to British life, which, as for the rest of the world, has been proved more and more wrong…”  On this subject the journalist AA Gill wrote in the Sunday Times: “Religion has never been more tangible in world affairs and public life. Not having more sensible and serious religious broadcasting isn’t modern, it’s a failure to face modernity”.

The Trust has pointed out on many occasions that the BBC appears to have no strategy for religion and it is not clear who in the Corporation has overall responsibility for its religious output.

Others in Parliament and elsewhere have taken up our cause, as a result of which the Director-General instituted a high-level review overseen by James Purnell, Director of Radio and Education – which we welcomed.  However, before it had even started taking evidence, in a move that could have come straight out of the comedy series W1A, another part of the BBC put a spanner in the works. It announced that the BBC’s biggest religious TV strand, Songs of Praise, was being put out to competitive tender between the BBC’s in-house Religion and Ethics department in Salford and independent production companies.   This not only pre-empted the DG’s review of religious programming but, as Roger Bolton noted in the Church Times, “The BBC has also fatally weakened its in-house programme-making team precisely at the moment when the Corporation’s new regulator, OFCOM, has called for it to broadcast more TV religious programming in prime time.”

As we know, the commission to make Songs of Praise was subsequently won by two independent companies – and they’re doing a good job.  Some say the move has been given a shot in the arm under its new producers.  Its hymn sequences have been bolstered by a better narrative and thoughtful interviews, with Katherine Jenkins joining the presenter team.   This autumn, in fact, has seen no shortage of powerful and provocative religious content from BBC radio and television programmes.  This has ranged from the marking of the 500th anniversary of the Reformation to Neil MacGregor’s magisterial Radio 4 series Living with the Gods to the BBC One drama series Gunpowder which gained good reviews despite complaints about its violence.  As the Daily Telegraph commented, “Fireworks aside, it was a timely moment for Gunpowder to come to the boil. This week the place of religion in national life made the headlines thanks to John Humphrys’ thoughts about Thought for the Day. As for blowing itself up, right now the Palace of Westminster doesn’t seem to need anyone’s help.”

So, despite the hash the BBC has made of its strategic planning and the “sniggering” scepticism of the Today presenters and “overpaid BBC panjandrums”, religious broadcasting is currently much healthier than it is given credit for.  The Sandford St Martin Awards winners and shortlisted entries listed on our website bear testament to this.  As Christmas approaches, religion has again become more prominent in the schedules.   Let’s hope that the BBC does indeed keep faith with this important genre of broadcasting and gives it year-round the prominence it deserves.

The BBC has listened; now for action
Scroll to top