Blog - Latest News
You are here: Home / Not sure you’ve got what it takes to win a Sandford St Martin Award in 2...

I’ll never forget the first ever conversation I had with the nervous man who would end up editing a series of documentaries about religion I was making.

“Nice to meet you”, he said before apologising, “I’m afraid I’m not very religious.”

“Not religious” I replied, “or not interested in religion.”

Because, while I can understand why people might make a connection, they’re not exactly the same thing are they?

And yet, years later, I still find myself having versions of the same conversation with colleagues. Which surprises me because how can a journalist, documentary or factual programme-maker NOT be interested in religion? What a person believes – or doesn’t believe – so often directly informs the decisions they make, the places they live, the people they know, who they vote for, what they’re willing to fight for, how they identify their sense of ‘self’ even, sometimes, the football team they support.

Open any newspaper and whether it’s a story about how evangelical churches and the right-to-life movement helped secure the presidency for Trump, fears of how anti-Semitism has infected UK party-politics, a story about why ISIS have been targeting Yazidis or why so many North Nigerian schoolgirls remain in captivity, religion matters.   And these stories cannot be properly told or understood unless the people who are reporting on them properly consider religion.

And if you need any further proof that religion is interesting, just have a look at the programmes that were shortlisted and what went on to win last year’s Sandford Awards.

There were programmes about the big stories like the war in Syria or the European refugee crisis, but smaller, more personal stories, too, about coming out or the death of a loved one. What all these programme had in common was that none of them shied away from the fundamental journalistic questions: Who are we? How do we identify our place in the world? What do I believe or choose not to believe? And how has this informed the life I live? Questions bound up with religion, ethics, morality, spirituality, call it what you will – they’re all interesting.

Fortunately for me (not to mention the broadcaster we were working for), it turned out that nervous editor was, in fact, very interested in religion. And, if I dare say so myself, we made some good, thought-provoking, timely programmes together.

So… What about you?

Have you made a great programme that explores some of those fundamental questions? If the answer is ‘yes’, then you should probably enter for an Award.

If so, then you’ve probably got what it takes to win one. 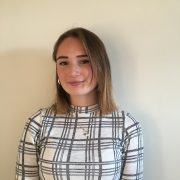 How have broadcast and social media been used to support faith during the COVID-19 pandemic? 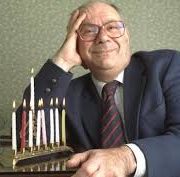 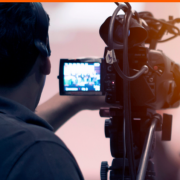 Religious broadcasting in a changing world

What I learnt watching telly for @sandfordawards
0 replies

When Religion Makes the News
Scroll to top